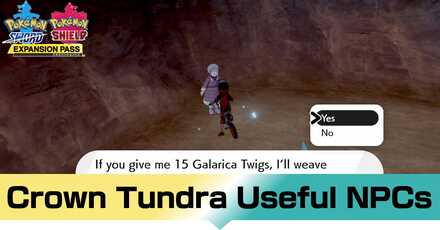 This is a list of useful NPCs (Non-Player Characters) and where to find them in the Crown Tundra expansion for Pokemon Sword and Shield. Read on for information about NPCs who give Items, Shops, and more.

List of Useful Crown Tundra Characters and Where to Find Them

After Clearing the Main Story 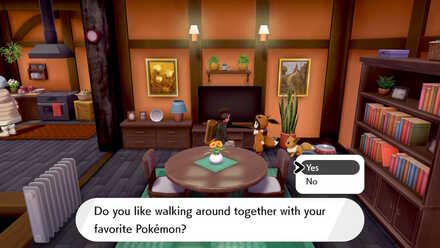 If your Pokemon aren't already following you around the Isle of Armor and Crown Tundra, you can go inside the house on the east side of Freezington and speak with the girl in the Eevee costume. Answering Yes to her question will bring your Pokemon out while responding No will put them awaya agin. 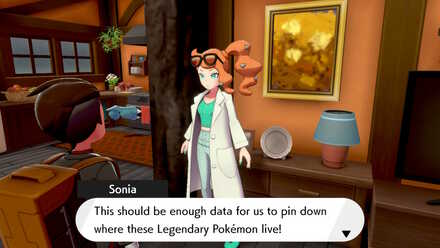 To check and report on your progress with finding the footprints of Cobalion, Terrakion, and Virizion, enter the house to the northwest side of Freezington and speak with Sonia. Once you've reached 100% of the required evidence, Sonia will tell you the general location of each Pokemon as well.

Location of All Footprints 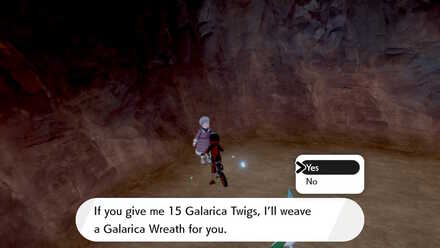 Galarica Wreath Effect and How to Get It 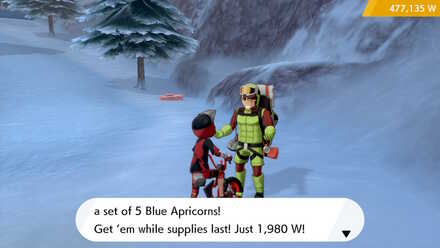 In the Crown Tundra, there is only one Watt Trader whose regular stock doesn't change daily like the others. What does change, however is a special item or items that are normally not purchaseable by regular means. The Watt Trader's Daily Highlight, as the name suggests, changes daily. Below is a list of all the confirmed items the Watt Trader will offer you.

Items listed above were confirmed by the walkthrough team. 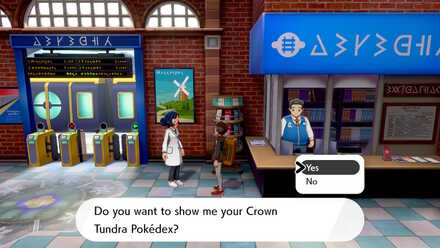 How to Complete the Crown Tundra Pokedex and Rewards 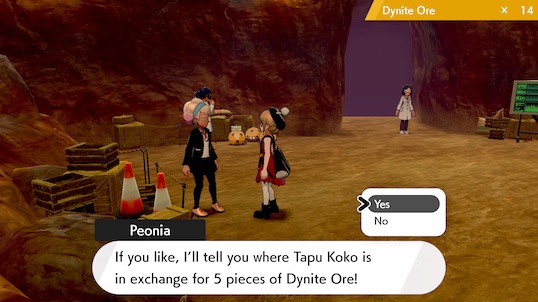 While the Legendaries that appear in Dynamax Adventures are random, speaking with Peonia will allow you to use 5 Dynite Ores to purchase the location of one Legendary. You won't get to choose which one, but if you're lucky you can guarantee one you're searching for will appear! 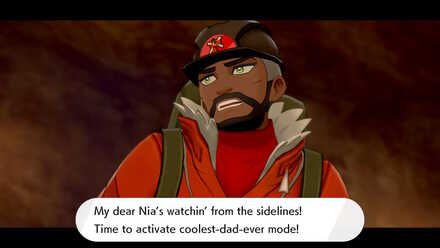 Once Peony heads over to the Max Lair at the end of the story, speaking with him will allow you to challenge him to a battle once a day. Peony specializes in Steel-type Pokemon so bring Pokemon that can exploit its weaknesses.

In order for us to make the best articles possible, share your corrections, opinions, and thoughts about 「Crown Tundra Useful Characters and their Locations | Pokemon Sword and Shield」 with us!