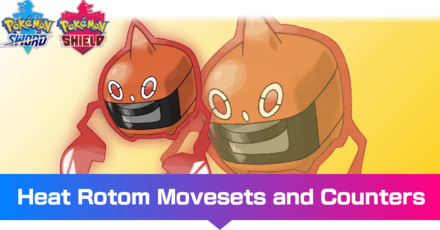 This is a strategy guide for using Heat Rotom in competitive play for the games Pokemon Sword and Shield. Read on for tips on the best Nature, EV spreads, Movesets, Builds, and Held Items to use with Heat Rotom, as well as its strengths and weak points. 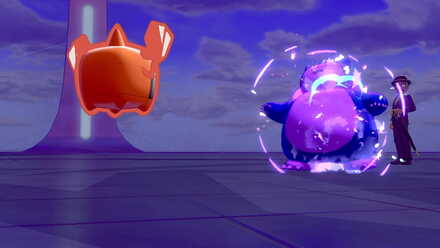 This is a build which takes advantage of Rotom's high Base HP and Defense to make it a potent physical defender. This allows it to switch in on physical heavy hitters like Mimikyu, and then if things turn bad, it can switch out with Volt Switch to further improve the team's position. 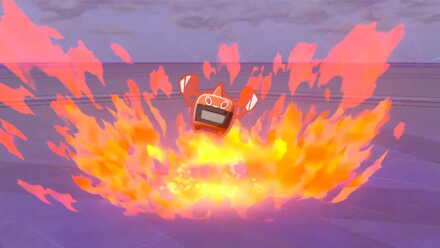 With Heat Rotom's high Base Special Attack, it's also possible to arm it with Choice Specs and turn it into a mean Special attacker. Along with the ability to get STAB on Fire and Electric-type Moves, it also has sufficient defensive capability to handle attacks with neutral damage, making it a capable counter to everpresent foes like Mimikyu, Ferrothorn and Aegislash.

This is a build that aims to capitalize on Heat Rotom's high special attack stat with a strong STAB moves like Thunderbolt and Overheat as well as a strong utility move in Volt Switch. Trick is there to Choice Scarf lock your opponent.

A tankier build that focuse on trying to get paralysis using Discharge. Use Volt Switch for utility while Overheat and Dark Pulse are there for coverage. 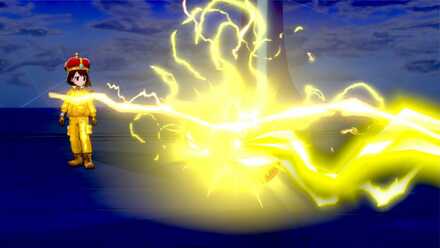 This Heat Rotom build is meant to improve a team's matchup against Sun teams. It can easily check both Venusaur and Charizard, and can also potentially knock out Groudon after a Nasty Plot, while being able to withstand an unboosted Max Rockfall in Dynamax.

Nasty Plot turns Heat Rotom into a powerful offensive threat, making Thunderbolt a powerful move against any Pokemon that isn't immune to it. It also makes for an incredibly powerful Overheat. Nasty Plot can also offset the Special Attack drop from Overheat. Dynamaxing after a successful Nasty Plot is often a good idea but be wary of your opponent having switch-ins to Pokemon that resist it.

Will-O-Wisp is great for crippling physical attackers by inflicting burn.

We maximize HP EV's because Heat Rotom has an awful HP stat. Maximum HP EV's along with 4 EV's in Defense and Special Defense allow for decent survivability. We also alot 4 EV's to Speed so that Heat Rotom can outspeed Pokemon with base 86 Speed and slower who are uninvested in Speed. The remaining EV's are put into Special Attack so that Heat Rotom with Modest Nature can dish out powerful STAB moves.

Levitate is Heat Rotom's only Ability. This is very valuable considering it grants Heat Rotom immunity from its x4 weakness to Ground.

Safety Goggles protects Heat Rotom from being put to sleep by Sleep Powder and from Rage Powder's redirection. It can also protect Heat Rotom from the incremental damage from Sandstorm and Hail.

How to Use Heat Rotom Effectively

How to Build a Team with Heat Rotom

Heat Rotom naturally synergizes with Ground-types because it can check Pokemon that they are commonly weak to. Landorus for instance is threatened by Ice-types, which Heat Rotom can handily take care of. Gastrodon has trouble against Grass-types, and Heat Rotom can check those as well.

Landorus can also help Heat Rotom with its Intimidate Ability, lowering an opposing Rock-type's Attack stat. While Gastrodon can redirect Water-type moves away from Heat Rotom.

Gastrodon can offer support through Yawn, which may open opportunities for Heat Rotom to set up a Nasty Plot. 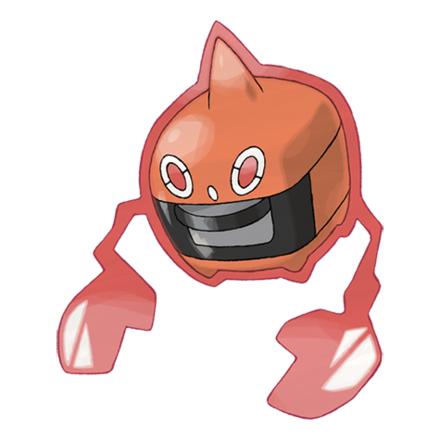 Although reasonably bulky, Heat Rotom will not be able to withstand boosted Water-type or Rock-type moves.

In order for us to make the best articles possible, share your corrections, opinions, and thoughts about 「Heat Rotom - Moveset & Best Build for Ranked Battle | Pokemon Sword and Shield」 with us!