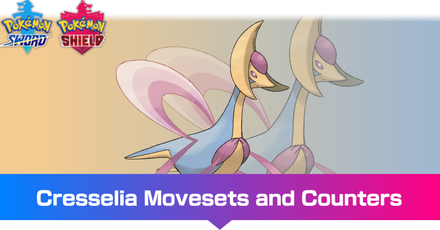 This is a strategy guide for using Cresselia in competitive play for the games Pokemon Sword and Shield. Read on for tips on the best Nature, EV spreads, Movesets, and Held Items to use with Cresselia, as well as its strengths and weak points. 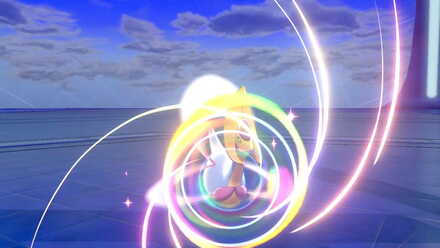 Stored Power's base power increased by 20 every time it gets a stat boost. With one Calm Mind, this moves becomes a 60 Base Power move.

Thanks to Cresselia's great bulk, it has plenty of chances to set up with Calm Mind to further boost the damage of Stored Power. Moonblast is its main coverage move while Moonlight provides reliable healing, allowing Cresselia to stay in battle for a longer time.

We're using a standard physically defensive EV spread with full investment in HP and Defense, with the remaining 4 EVs placed in Speed.

Levitate is Cresselia's only ability. This allows it to freely switch into Ground-type Pokemon such as Excadrill and Mamoswine, and distrupt their sweep with Trick Room.

Kee Berry raises Cresselia's Defense by one stage if it gets hit by a physical move. 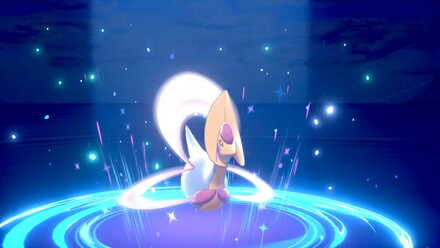 Cresselia's massive defense make it one of the best physical walls in the game, letting it easily handle some of the strongest physical sweepers in the current metagame.

Psychic is Cresselia's main STAB move, while Ice Beam is for coverage. The latter allows it to hit common physical attackers such as Dragonite, Garchomp, and Landorus for super effective.

Thunder Wave is a good support move that lets Cresselia threaten faster setup sweepers, such as Dynamax Pokemon using Max Airstream. It's last move is Moonlight, which provides reliable healing and lets Cresselia stay for longer in a match.

We're using a standard physically defensive EV spread with full investment in HP and Defense, with the remaining 4 EVs placed in Special Defense to round off its bulk.

Levitate is Cresselia's only ability. This allows it to freely switch into Ground-type moves.

How to Use Cresselia Effectively

Cresselia high mixed defenses make it a great all-round physical wall that can stop common physical attackers in the metagame. Access to Moonlight makes it a great counter to Dynamax users as it can reliably heal off damage while weathering down the opposing Pokemon with its moves.

With the role of Defensive Pokemon going to Pokemon with more attractive resistances and immunities, Cresselia can instead fill the role of a bulky Calm Mind sweeper. While often used in Singles, it flourishes in Doubles where it's great mixed bulk allows it to naturally withstand hits from both physical and special attacks.

How to Build a Team with Cresselia

Cresselia faces very stiff competition from the plethora of tougher defensive Pokemon in the metagame who can provide more utility to the rest of the team. It does have a niche in Doubles though as a bulky Calm Mind sweeper.

Cresselia finds many chances to switch in due to its good bulk and can freely set up in front of most Pokemon in the Doubles metagame. The Lunar Pokemon becomes a very real threat to frailer teams, especially if it's accumulated three or more Calm Mind boosts! 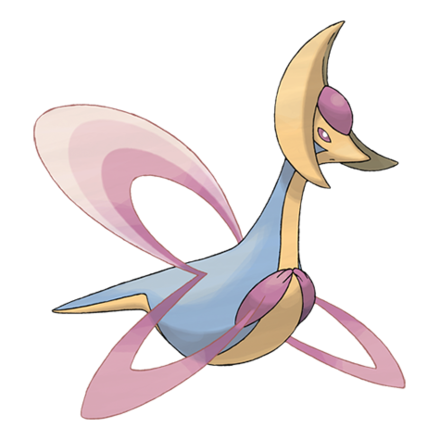 Counter it with a Dark-type Pokemon

Both Defensive and Offensive variants of Cresselia struggle against Dark-type Pokemon as it lacks a coverage move to even threaten them.

Despite Cresselia's great bulk, it can still be worn down by powerful attacks - especially ones that deal super effective damage to it. Mimikyu and Dragapult, in particular, can check Cresselia and force it to switch or risk getting worn down.

Register as a member and get all the information you want. (It's free!)
Login
Opinions about an article or post go here.
Opinions about an article or post
We at Game8 thank you for your support.
In order for us to make the best articles possible, share your corrections, opinions, and thoughts about "Cresselia - Movesets & Best Build for Ranked Battle" with us!
When reporting a problem, please be as specific as possible in providing details such as what conditions the problem occurred under and what kind of effects it had.