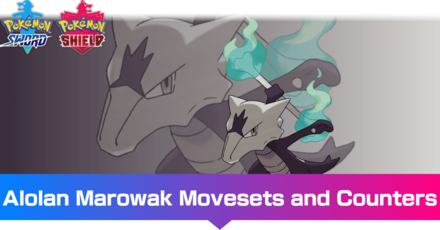 This is a strategy guide for using Alolan Marowak in competitive play for the games Pokemon Sword and Shield. Read on for tips on the best Nature, EV spreads, Movesets, and Held Items to use with Alolan Marowak, as well as its strengths and weak points. 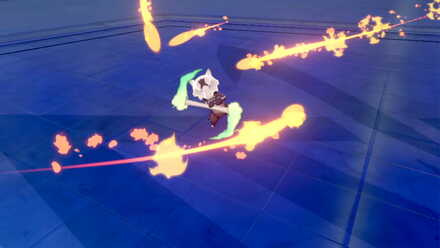 Alolan Marowak is an effective physical attacker in a dedicated Trick Room team, using its powerful dual STAB moves to overpower and turn the tables against faster teams.

Bonemerang is its main coverage move, and since it's a multi-hit move, allows Alolan Marowak to threaten Focus Sash leads, Substitute users, and Pokemon with the Sturdy Ability.

It's last move is Brick Break, allowing Marowak to break Reflect, Light Screen, and Aurora Veil set up by the opposing team.

We're using a standard Trick Room EV spread with full investment in HP and Attack so that Alolan Marowak hits hard and is as bulky as possible, with the remaining 4 EVs invested in Special Defense.

Although it doesn't benefit from Lightning Rod's Special Attack boost, it does allow Alolan Marowak to switch into Electric-type Pokemon and also prevents Volt Switch.

Rock Head on the other hand prevents recoil damage, meaning Alolan Marowak can freely use Flare Blitz without getting worn down by recoil. 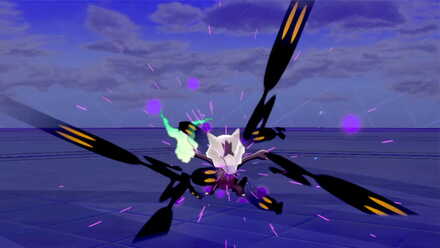 Alolan Marowak's Lightning Rod Ability allows it to run an effective mixed attacking set, with its main role being a counter to teams that rely heavily on Volt Switch.

Poltergeist is Alolan Marowak's strongest STAB move, but only works if the opponent has a held item. Fire Punch is its secondary STAB move that provides great damage without the recoil.

Blizzard is its main coverage move and can surprise Alolan Marowak's usual counters, such as Landorus and Garchomp when they switch in.

It's last move is Brick Break, allowing Marowak to break Reflect, Light Screen, and Aurora Veil set up by the opposing team.

We're using a standard mixed attacking EV spread with 212 Atk and 164 Sp.Atk EVs, with the remaining 132 EVs invested in Spd.

How to Use Alolan Marowak Effectively

Alolan Marowaks middling speed makes it a great candidate for main physical attacker in a Trick Room team. With its Thick Club held item, few Pokemon can stand up against its dual STAB moves - especially if it decides to use Swords Dance!

Can Put a Stop to Switch-In Matches

Alolan Marowak's Ability Lightning Rod grants it a third immunity to Electric-types, making it a great counter to the likes of Heat Rotom and Magnezone that rely on Volt Switch to pivot and keep up the offense.

How to Build a Team with Alolan Marowak

Alolan Marowak struggles to find a place in offensive-oriented teams due to its low Speed stat, but it has a niche as a powerful and bulky physical attacker in Trick Room and Defensive teams.

Alolan Marowak's low base Speed stat mean that it functions best in a dedicated Trick Room team where it can turn the tide of the battle while firing off powerful boosted attacks.

Slowking serves as both Trick Room lead and defensive pivot as its main role is setting up Trick Room for its team.

Alolan Marowak is this team's Dynamax Attacker, using Max Flare and Max Phantasm to set up Sunny Day and lower the opposing team's Defense by 1 stage.

Alolan Exeggutor rounds off the team by providing strong special coverage, and also benefits from Alolan Marowak's Max Flare as it activates its Harvest Ability.

These three Pokemon also form a Water-Fire-Grass core, with each one covering their respective weaknesses and filling out their move coverage. 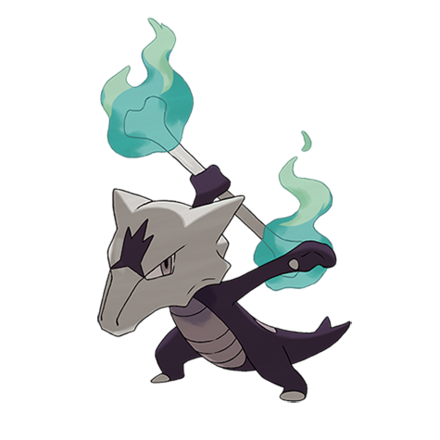 Wear it Out with Super Effective Attacks

The best counters are bulky and defensive Pokemon that can take a hit from Alolan Marowak and fire back with their super effective STAB moves.

Post (0 Comments)
Opinions about an article or post go here.
Opinions about an article or post
We at Game8 thank you for your support.
In order for us to make the best articles possible, share your corrections, opinions, and thoughts about "Alolan Marowak - Moveset & Best Build for Ranked Battle" with us!
When reporting a problem, please be as specific as possible in providing details such as what conditions the problem occurred under and what kind of effects it had.