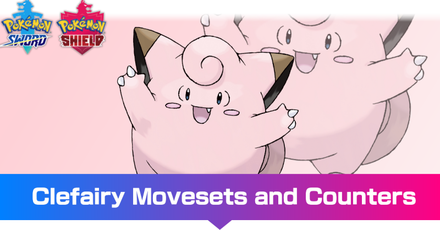 This is a strategy guide for using Clefairy in competitive play for the games Pokemon Sword and Shield. Read on for tips on the best Nature, EV spreads, Movesets, and Held Items to use with Clefairy, as well as its strengths and weak points. 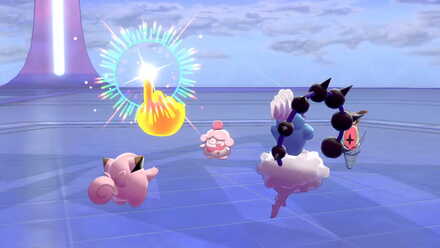 Although often outclassed by its evolution, Clefable, Clefairy has a niche in the Doubles Metagame as a bulky redirection supporter thanks to its Eviolite held item.

Follow Me is Clefairy's most important move, redirecting attacks away from its teammates and towards it instead. Helping Hand is its secondary support move that boosts the power of its ally's next move by 50%

Life Dew is Clefairy's recovery move. Although it's generally weaker than other recovery moves, it also heals Clefairy's teammate. It's last move is Icy Wind, which is a nice support move that lowers the the speed of both opposing Pokemon by 1 stage.

We're using Friend Guard for this Clefairy. This ability reduces the damage its partner Pokemon receives by 25%!

We're giving Clefairy the Eviolite held item. When a Pokemon that's not fully evolved holds this item, its Defense and Special Defense is increased by 50%.

With the given EV spread and Nature, Clefairy has an effective 152 Defense and 140 Special Defense when holding this item!

How to Use Clefairy Effectively

Clefairy relies on Eviolite to have passable bulk, so it's important to keep its held item safe. Avoid keeping it in battle against a Pokemon with Knock Off; although it resists the move, it gets rid of Clefairy's Eviolite, weakening it drastically for the rest of the battle.

How to Build a Team with Clefairy

Clefairy faces stiff competition from other Pokemon that provides redirection support. It's semi-exclusive ability and held item, however, give it a niche in certain teams.

Clefairy is virtually outclassed by its evoluton and Togekiss, but its Friend Guard ability gives it a unique niche in Doubles. It's a popular choice for support Pokemon in Hyper Offense Doubles Teams as a flat 25% reduction in damage helps frailer Pokemon take hits as long as Clefairy is with them in battle. 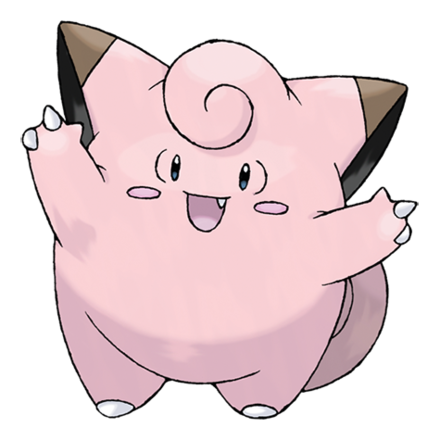 Get Rid of Eviolite with Knock Off

Clefairy relies on Eviolite to improve its low bulk to passable levels. Although Knock Off isn't as common as it was in the previous generation, certain Pokemon still have it in their movepool.

In order for us to make the best articles possible, share your corrections, opinions, and thoughts about 「Clefairy - Moveset & Best Build for Ranked Battle | Pokemon Sword and Shield」 with us!