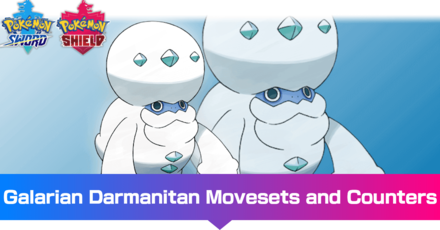 This is a strategy guide for using Galarian Darmanitan in competitive play for the games Pokemon Sword and Shield. Read on for tips on the best Nature, EV spreads, Movesets, Builds, and Held Items to use with Galarian Darmanitan, as well as its strengths and weak points. 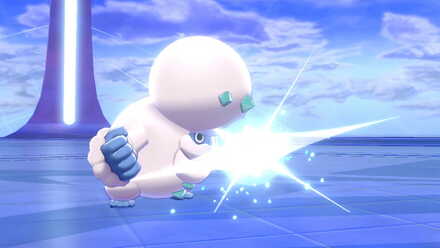 Galarian Darmanitan's Ability Gorilla Tactics boosts Attack while limiting it to using only the first-selected Move, so by stacking it with a Choice Item having the same effect, it can dish out heavy attack damage without an additional disadvantage.

The Choice Scarf in particular can raise Galarian Darmanitan's already-high Speed to make it faster than most opponents and make it into a killer physical sweeper. 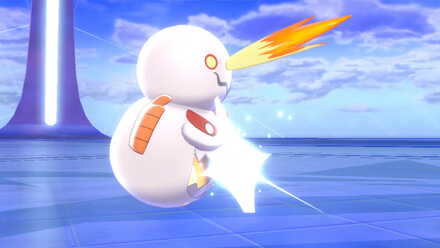 Galarian Darmanitan's Zen Mode Ability increases its Speed and Attack when its HP is below half, allowing it to hit first and hit hard. This gives it a power boost without the disadvantage of the Gorilla Tactics ability, which restricts it to use only the first-selected move.

When used in the order, use Substitute, then Belly Drum – while holding Sitrus Berry, you maximize HP while still satisfying Zen Mode's requirement of having less than half HP. This allows the Substitute to take advantage of Belly Drum's attack-maximizing effect and Sitrus Berry's HP recovery effect, while satisfying Zen Mode's condition of the true Galarian Darmanitan's HP having to be below half its max.

How to Use Galarian Darmanitan Effectively

A physical sweeper who uses Choice Items to dominate

Galarian Darmanitan's unique ability Gorilla Tactics combines well with Choice Band to doubly boost its attack. While this limits it to one move choice per switch-in, this combination grants double the advantage compared to other Pokemon, making it a superpowered physical attacker.

Timing of Dynamax is essential

When Dynamaxing Galarian Darmanitan, the effects of Gorilla Tactics and Choice Items will be removed. This will result in a decrease in Attack and/or Speed, but has the tradeoff of breaking the selection bondage of the Choice Item. This leaves the player with a key decision, to Dynamax or not to Dynamax. 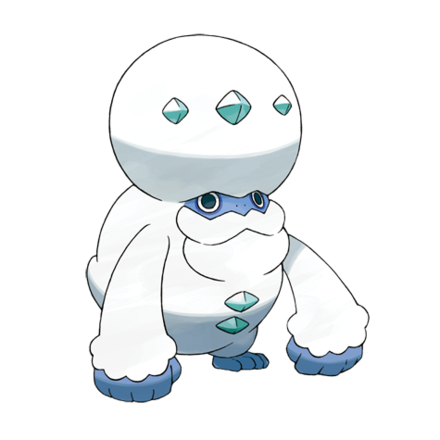 Wall its heavy attacks with a defensive Pokemon

Because Galarian Darmanitan is focused entirely on physical attacking, it has a hard time taking down defensive Water-type Pokemon, who can bear the brunt of its moves.

Face it down with a head-on attacker

In order for us to make the best articles possible, share your corrections, opinions, and thoughts about 「Galarian Darmanitan - Moveset & Best Build for Ranked Battle | Pokemon Sword and Shield」 with us!