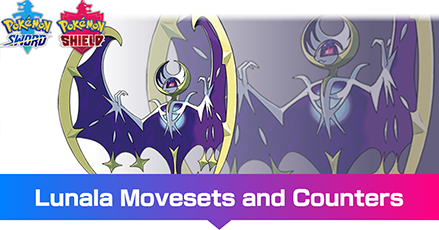 This is a strategy guide for using Lunala in competitive play for the games Pokemon Sword and Shield. Read on for tips on the best Nature, EV spreads, Movesets, and Held Items to use with Lunala, as well as its strengths and weak points. 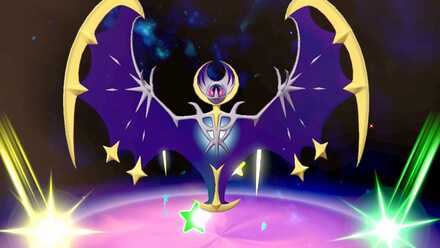 Lunala's modest Speed stat and excellent Special Attack stat are best complemented by Choice Scarf so that it can dish out damage quickly. This set works best as a Revenge Killer because that makes Lunala non-reliant on its Ability. This said, Lunala still appreciates teammates that can get rid of Entry Hazards so that its Shadow Shield can remain intact.

Moongeist Beam is Lunala's primary STAB move and is a powerful Ghost-type move that ignores the opponent's Abilities. This is a great move to choice lock into if an opposing team does not have resists or immunities to Ghost.

Psyshock is a useful move to have so that Lunala is not walled by special walls like Blissey.

Trick is an excellent move for disabling threats and setup moves. Forcibly choice locking an opponent into a move is a good strategy because this can let you safely switch out Lunala and possibly preserving its Shadow Shield.

Maximizing Special Attack and Speed ensures that Lunala hits as hard as possible while outspeeding as many threats as possible. The remaining EV's are put into HP, giving Lunala a little extra bulk.

Shadow Shield is an incredible Ability to have, especially for a Pokemon with typing such as Lunala's. Because it is able to mitigate damage if Lunala's HP is full, Shadow Shield makes Lunala difficult to knock out at full HP.

It is important to note that Pokemon with Abilities like Mold Breaker and moves like Moongeist Beam or Sunsteel Strike cannot ignore Shadow Shield.

Choice Scarf allows Lunala to be an effective Revenge Killer. Its Shadow Shield lets it tank a hit from faster Pokemon, while Choice Scarf lets it potenitally knock out slower foes. 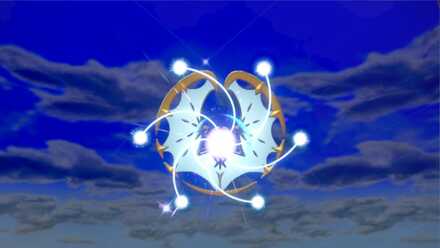 This Lunala aims to take advantage of its bulk and Shadow Shield Ability to set up Trick Room for its teammates. However, it can function in or out of Trick Room and may not be the best fit for a dedicated Trick Room team.

Moongeist Beam is Lunala's primary STAB move and is a powerful Ghost-type move that ignores the opponent's Abilities.

Meteor Beam works in tandem with Power Herb, letting Lunala attack with it in one turn instead of waiting for the next turn. This move is great against Rock-weak Pokemon such as Charizard or Thundurus. This move is also able to OHKO most Incineroar builds.

Trick Room is a great form of speed control. Reversing turn order can help Lunala or other slower teammates attack ahead of quicker foes.

Protect is its last move and is mostly used to scout the opposing team's moves or for stalling out an opponent's Dynamax.

Maximizing HP and Special Attack lets Lunala be as tanky as it can be, and hit sa hard as possible. Being tanky works well with Lunala's Shadow Shield Ability, allowing it to survive most things. The remaining EV's are then put into Special Defense so that Lunala can better take special moves.

Shadow Shield is an incredible Ability to have, especially for a Pokemon with typing such as Lunala's. Because it is able to mitigate damage if Lunala's HP is full, Shadow Shield makes Lunala difficult to knock out at full HP.

It is important to note that Pokemon with Abilities like Mold Breaker and moves like Moongeist Beam or Sunsteel Strike cannot ignore Shadow Shield.

Power Herb's primary purpose is to work in tandem with Meteor Beam, letting Lunala attack with it in one turn instead of waiting for the next turn. A huge burst of Rock-type damage is great for catching unsuspecting Rock-weak Pokemon.

How to Use Lunala Effectively

A good understanding of Speed Tiers is very useful for playing Lunala effectively. Knowing what it outspeeds and doesn't outspeed, when to Trick Room and when not to Trick Room can often spell victory for your team.

What are Speed Tiers?

How to Build a Team with Lunala

Teammates with middling Speed appreciate the option of Trick Room at their side. Teammates that can check common Dark-type threats are also good to have alongside Lunala

Lunala can consistently set up Trick Room for its team if it needs to because of its immunity to Fake Out and its Shadow Shield Ability that lets it effectively tank hits.

Groudon has middling Speed and can function in or out of Trick Room, which Lunala can provide if necessary. It can also set up Swords Dance if it is in danger of Attack debuffs from Incineroar's Intimidate or Parting Shot.

Thundurus is an excellent check to Yveltal because of its good Attack stat and Electric-type moves.

Thundurus can also run Superpower which can potentially knock out opposing Incineroar. Thundurus can protect its teammates from sleep with Max Lightning. It can also protect Groudon from Intimidate by deterring debuffs with its Defiant Ability.

Both these Pokemon make for great partners to Lunala, with the three naturally having synergy with each other. 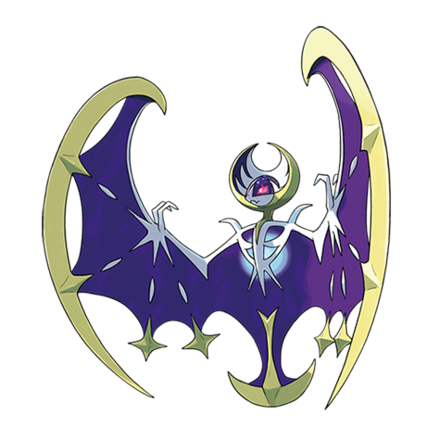 Despite having Shadow Shield, Lunala's typing makes it food for Dark-types. Attacking into it with a super-effective Dark-type move will easily knock it out.

In order for us to make the best articles possible, share your corrections, opinions, and thoughts about 「Lunala - Moveset & Best Build for Ranked Battle | Pokemon Sword and Shield」 with us!