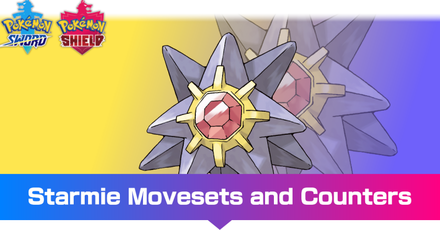 This is a strategy guide for using Starmie in competitive play for the games Pokemon Sword and Shield. Read on for tips on the best Nature, EV spreads, Movesets, and Held Items to use with Starmie, as well as its strengths and weak points. 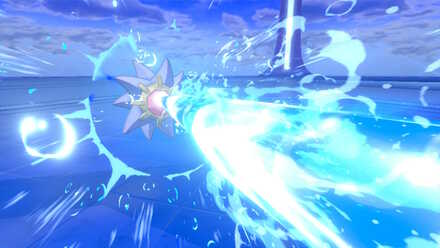 Starmie has filled the role of a special sweeper since the first Generation, and while it faces stiff competition now from faster and stronger Pokemon, it's one of the few with the coveted "BoltBeam" coverage. This makes it a great Pokemon for teams looking for a fast sweeper that has great coverage with its moves.

Hydro Pump is Starmie's strongest STAB attack coming from its respectable base 100 Sp.Attack. Psyshock is its second STAB move that damages the target's Defense stat instead of defense. This allows Starmie to take on Speciall Walls better by hitting their weaker defense stat.

Starmie's last two moves provide it great coverage through what the competitive community calls "BoltBeam" - Thunderbolt allows Starmie to take on opposing Water-types that can wall it while Ice Beam hits Grass-type Pokemon for super effective damage. It also allows it to hit Dragon, Flying, and Ground-types which are very common in the current metagame.

We're using a straightforward EV spread with maximum investment in Special Attack and Speed with a Timid Nature, with the remaining 4 EVs on Special Defense.

If Starmie is facing an opponent and they switch out, the game considers that as move done before Starmie. As a result, Starmie gets the Analytic boos. You can use this to your advantage as Starmie often forces a lot of switches.

We're using Life Orb, which boosts the power of Starmie's moves by 30& at the cost of 10% recoil damage. 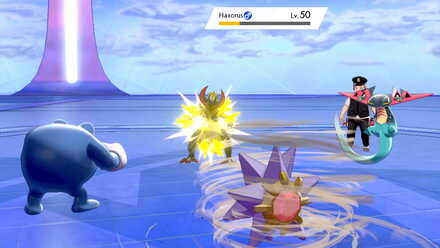 Starmie's great match-up against common entry hazard setters allow it to fill the role of a fast and surprisingly bulky team supporter with Rapid Spin.

Rapid Spin is Starmie's most important move and allows it to clear your side of the field of entry hazards, such Stealth Rock, Spikes, Toxic Spikes, Sticky Web and the Sharp Steel that Gigantamax Copperajah sets up with its move G-Max Steelsurge. Using Rapid Spin also boosts Starmie's speed by 1 stage.

Starmie's other moves offer great team utility. Scald is it's main STAB move that can potentially cripple physical attackers with a Burn, while Recover provides reliable recovery that helps keep it healthy throughout the match. Flip Turn is a new move that allows Starmie to switch out and quickly pivot to a teammate without wasting a turn.

Starmie has respectable natural bulk on both defenses that we enhance by putting full 252 EV investment on HP. Full EV investment in Speed ensures it can outpace slower walls and entry hazard supporters. The remaining 4 EVs we allocate to Defense as Starmie's typing give it key resistances to types that usually use physical attacks, such as Fighting.

We're using Nature Cure for this Starmie, which allows it to heal off status conditions like Paralysis, Poison, or Burn by simply switching out. This works great with its new move Flip Turn!

We're giving Starmie the Heavy-Duty Boots held item, which protects it completely from all types of entry hazards. 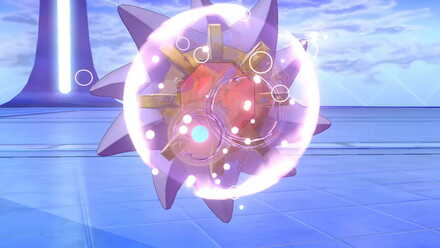 With its new move, Expanding Force, Starmie becomes a threatening sweeper in Doubles with the right conditions.

Expanding Force is Starmie's most important move. When Psychic Terrain is in effect, this move gets a 1.5x power boost in addition to the 1.3x boost from the terrain itself. This move also hits both opposing Pokemon. Under ideal conditions and thanks to Starmie's great speed, it can easily sweep slower opposing teams!

Hydro Pump hits Fire and Ground-type Pokemon for super effecitve damage, while Thunderbolt and Ice Beam make up "BoltBeam" that gives it near perfect coverage against other types.

We're using a straightforward EV spread with maximum investment in Special Attack and Speed with a Timid Nature, with the remaining 4 EVs on Special Defense.

Switching in and out is very common due to the fast-paced nature of the battle format, which means plenty of opportunities to activate this ability!

We're using Colbur Berry for Starmie's held item this time. Starmie is susceptible to getting KO'd by Sucker Punch. This item halves its damage, allowing it to survive such hits and continue to sweep the next turn.

How to Use Starmie Effectively

Starmie is a veteran of the competitive battling scene since Generation 1, and not a lot has changed when it comes to using it. While it now faces stiffer competition from faster sweepers like Dragapult, it's still played as a fast special sweeper.

What sets it apart from other sweepers is its access to "BoltBeam" coverage, allowing net super effective attacks against its opponents. It can also forgo its usual offensive sets and fill the role of a support Pokemon with its wide support movepool.

How to Build a Team with Starmie

It's easy to fit Starmie into different teams thanks to its versatility and offensive presence, though there are certain teams where it excels the best.

As Part of an Offensive Core

Starmie is a great choice to fill in an exsting team's offensive core thanks to its superior move coverage, and is often partnered with slower physical sweepers in Hyper Offense teams.

A Powerful Sweeper in Doubles

With the addition of Expanding Force to its movepool, Starmie fills the role of a powerful sweeper in Doubles. It's best partnered with Pokemon that can immediately set up Psychic Terrain, such as Indeedee. Not only does Psychic Terrain boost the power of Expanding Force, it also protects Starmie from priority attacks, such as Rillaboom's Grassy Glide or Bisharp's Sucker Punch. 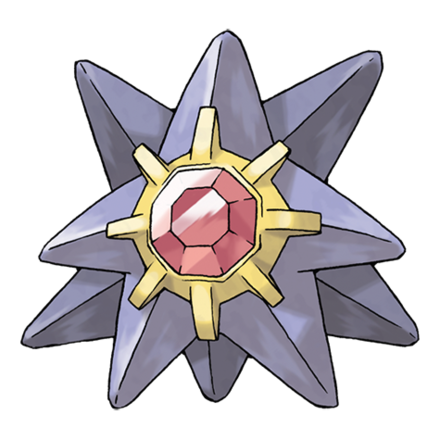 Outpace it with a Faster Sweeper

While Starmie has great speed, there are new Pokemon that are faster than it and can easily knock it out with a super effective move.

Hit it With Priority Moves

Starmie is also susceptible to getting knocked out by slower but stronger Pokemon with priority moves.

In order for us to make the best articles possible, share your corrections, opinions, and thoughts about 「Starmie - Moveset & Best Build for Ranked Battle | Pokemon Sword and Shield」 with us!