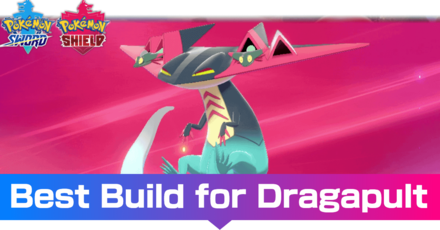 This is a strategy guide for using Dragapult in competitive play for the games Pokemon Sword and Shield. Read on for tips on the best Nature, EV spreads, Movesets, and Held Items to use with Dragapult, as well as its strengths and weak points.

How to Learn Dragapult's Egg Moves 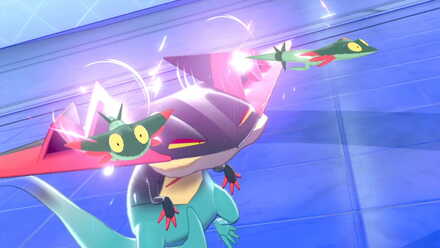 Phantom Force serves as Dragapult's ghost-type STAB move. It may take two turns to execute, but has the bonus of bypassing Protect. Keep in mind that it doesn't go through Max Guard, however.

Fire Blast gives Dragapult a special attack that also rounds out its coverage. This powerful Fire-type move, partnered with Dragapult's respectable Special Attack, can deal significant damage against Steel or Fairy-types who may try to wall it.

Alternatively, U-Turn offers Dragapult some value when combined with its blistering speed to switch out into more favorable matchups.

This moveset relies on a standard physically offensive spread with maximum investment in Attack and Speed. The remaining EVs may be placed in HP for a bit more bulk.

Infiltrator allows Dragapult to bypass the enemy's screens and Substitutes which can be helpful against tanky or stally enemies.

Because Dragapult can use both Physical and Special moves, it's the ideal user for a Life Orb. This build goes in favor of physical attacks, but building Dragapult around a special moveset is also a valid option.

As Dragapult is a tad unreliable defensively, using a Focus Sash is also a good choice. Not only will it bring out Dragapult's strengths as a sweeper itself, but also can help protect it from getting sweeped. 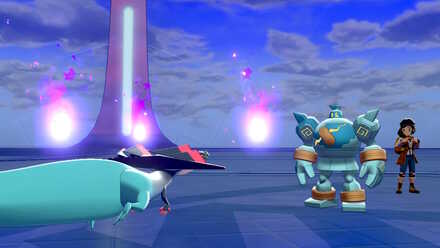 Here's the Dragapult set for those who want to take advantage of the Will-o-Wisp + Hex combo attack. Fast Pokemon using Will-o-Wisp on their first turn is a tried and true method proved by Mega Gengar and Talonflame in previous games, and Dragapult is no slouch either.

Hex gains increased power when used against an opponent inflicted with a major status condition. With this in mind, we can see the value of having Will-o-Wisp on this set. Not only can you cripple physical attackers, it allows you to maximize your damage output as well.

Substitute offers Dragapult protection against opponents who may want to inflict statuses to it in return. Moves such as Thunder Wave would otherwise cripple Dragapult's momentum.

Dragon Pulse serves as a reliable secondary STAB-move for Dragapult which can be used against enemies who aren't statused.

Its Speed is also pushed to the max, with the remaining EVs in Special Attack to make Dragapult a powerful defensive hitter.

Infiltrator allows Dragapult to bypass the enemy's screens and Substitutes which can be helpful against tanky or stally enemies.

Giving Dragapult Leftovers is a solid choice for constant HP restoration as well, allowing it to take advantage of Substitute. 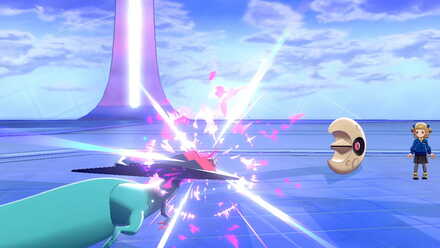 A quick view of this moveset can demonstrate how versatile Dragapult can be. Each and every move here is at least 100 Base Power which guarantees significant amounts of damage that can be dealt when partnered with Dragapult's high Special Attack stat.

This moveset utilizes a standard Special Attacking spread with maximum investment in Special Attack and Speed. The remaining EVs may be placed in Special Defense to take special hits a bit better.

The moveset allows for a wide range of coverage, while also each having more than 100 Base Power for each move. With the boost from a Life Orb, the damage should be able to take out even defensive walls such as Ferrothorn.

This physical attacking Dragapult was used by Japanese competitive player Saku, who reached first place in Ranked Battle Season 8 and is built to check its usual counters.

Dragon Darts is a powerful physical Dragon-type STAB that has the extra utility of breaking through Substitute and Focus Sash. Dive is this build's most important move, letting Dragapult hit Hippowdon and Landorus for super effective damage. It can even potentially KO them if used during Dynamax as Max Geyser.

Steel Wing is a great coverage move and is the only way Dragapult can damage and deter Fairy-type Pokemon like Togekiss who otherwise take very little damage or are immune to its moves.

Dragon Dance is its last move and allows Dragapult to boost its Attack and Speed stat. It's best used when you predict a switch, such as when the opponent is expecting a special attacking Dragapult and is about to switch in a special wall.

With full investment in Attack and 52 Speed Evs it hits as hard as possible and can still outspeed slower walls reliably.

Since this Dragapult relies on Dragon Dance to boost its Attack and Speed, the best held item is Leftovers so that it gets passive recovery and synergizes well with the two-turn move Dive. 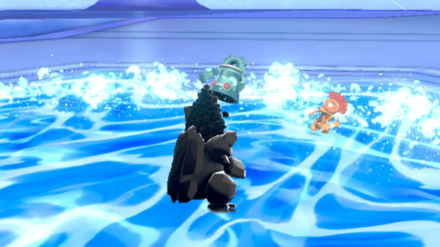 This Dragapult set eschews offense in favor of a more supportive role for Doubles with its partner Coalossal. The goal is to use Surf on the first turn, hitting Coalossal, and ensuring it gets the boost from Weakness Policy on its turn.

Thunder Wave rounds off the set, giving your team fast speed control thanks to Dragapult's blistering speed. Due to the fast-paced nature of Doubles, a Sitrus Berry is the superior held item as it heals more than Leftovers.

Dragon Darts is the preferred STAB move to break Focus Sashes and Sturdy.

Dragapult's other moves are for supporting its ally on the suceeding turns. Coalossal will most likely be the target of strong super-effective moves on the second turn. Ally Switch allows Dragapult to switch places with its partner, saving it from a potential KO.

A Jolly Nature and 0 Sp.Atk IVs ensures its partner takes as little damage from Surf as possible.

When hit by contact moves, Dragapult has a chance to disable them thanks to Cursed Body.

Since Dragapult doesn't really have any reliable move for recovery, Sitrus Berry can be a decent item for Dragapult to get some HP back.

How to Use Dragapult Effectively 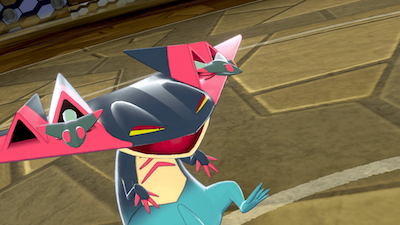 As players can run a Dragapult with either Physical or Special attacks, it's truly a Pokemon which cannot be read easily. With a wide movepool and several fearsome moves to keep opponents on their toes, it's proved itself as a top-class attacker.

Lead with Dragapult and U-turn Out

Leading with Dragapult, you can bait the opponent into switching out, only to follow with your own U-turn and switch in a Pokemon to counter the newly switched-in foe. With a blistering speed of 142, Dragapult is a great scout to find out what cards are stacked against you.

A Support Player That Takes Advantage Of Its High Speed 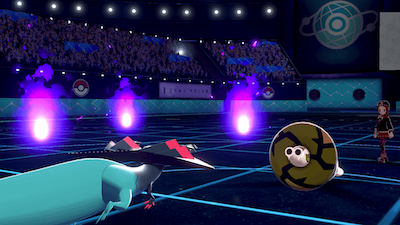 Dragapult can round out its moveset with Thunder Wave, Will-o-Wisp, Light Screen, and other support moves to make it a stellar setup player. And with its high speed, even Taunt, the ultimate foe of support Pokemon, can't stop Dragapult completely.

How to Build a Team with Dragapult

Dragapult's immediate offensive presence and capability to go physical and special lets it fit comfortably in a variety of teams in both Singles and Doubles teams.

Dragapult is a popular choice for main or back-up sweeper in Hyper Offense teams thanks to its blistering speed and access to great coverage moves.

Special attacking Dragapult makes a great lead for hyper offensive teams thanks to its great coverage. Sending it out first is a great strategy as it tricks the opponent into thinking you're using a Dragon Dance setup lead.

Celesteela makes a great offensive pivot as it's good at threatening and forcing out Fairy-types with Leech Seed, as well as defensive Pokemon that hope to stall Dragapult .

Cinderace serves as this team's physical attacker and also deters Ice-types that are looking to check Dragapult. Thanks to its Libero Ability, it essentially has STAB on all of its moves.

Dragapult makes a great lead support Pokemon for Pokemon that rely on Weakness Policy to sweep, such as Coalossal and Rhyperior. It's great speed lets it often move first, ensuring that it can activate its ally's item before the opposing team can move.

Coalossal is one of the best users of Weakness Policy thanks to its Steam Engine Ability also giving it a +6 Speed Boost. It's important that Dragapult uses Surf as soon as possible so that the move hits Coalossal and activates its Weakness Policy.

It can then use Ally Switch to switch places with Coalossal during the next turn if you predict that it will get targeted by the opposing team.

Porygon2 and Rillaboom serve as backup for this team. Rillaboom, in particular, provides great passive healing for Coalossal with its Grassy Surge Ability.

Just like any other Dragon type, Fairy-types are a weak spot for Dragapult. Pokemon with the Fairy typing that can also take Ghost-type moves with 1/2x or less damage will be able to handle Dragapult without a problem.

Dragapult has four other weaknesses too, and since its durability is not so high, strong, fast attacks can catch Dragapult off guard.

All our Best Teams are available for free rental, and usable in Ranked Battle with no EV Training necessary.

This is the primary set used by a former World Top 3 from a previous game in the series. Despite that daunting promise, it's an easy set to use for beginners, as the order to use Pokemon and which moves should be used are readily apparent. Not only that, but the set is carefully sculpted to be highly effective and dangerous even in the upper echelons of the Master Ball tier.

In order for us to make the best articles possible, share your corrections, opinions, and thoughts about 「Dragapult - Moveset & Best Build for Ranked Battle | Pokemon Sword and Shield」 with us!