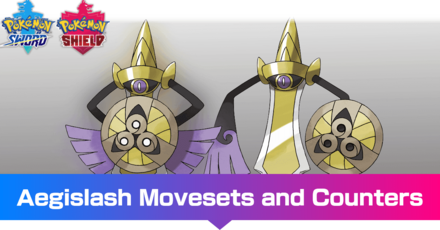 This is a strategy guide for using Aegislash in competitive play for the games Pokemon Sword and Shield. Read on for tips on the best Nature, EV spreads, Movesets, Builds, and Held Items to use with Aegislash, as well as its strengths and weak points. 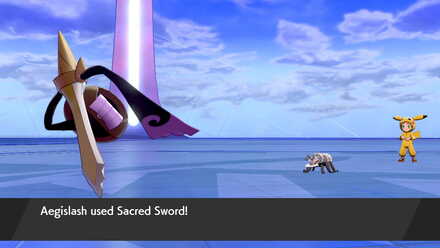 With its effective type combination of Steel and Ghost, and its Stance Change ability, Aegislash is versatile as an attacker or defender. In its Shield Form, it can survive even super effective hits, activating its Weakness Policy and giving it even greater firepower. 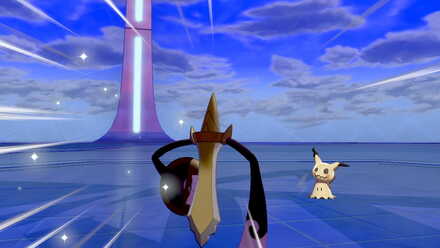 This set leans toward the offensive and gives Aegislash a Choice Band. As Aegislash is often used as a Special Attacker, this set can catch your opponents off guard.

For the first time, Aegislash can learn Close Combat in Sword and Shield, allowing it to counter Dark and Normal-types better than ever before.

Having it learn Close Combat will enable it to attack the sole weakness of Normal-type Pokemon instead of damaging them with moves that cause 1x damage.

It is safe to choose a Nature that negatively affects Aegislash's Defense and not allocate any EV points in the stat as it already boasts high Defense numbers. With that in mind, EVs are split between Attack and Special Attack as this set will make use of both type of attacks.

This build is centered on the move Substitute. Aegislash starts as a slow-moving wall, and will alternate in attacking and using King's Shield, while recovering HP with Leftovers.

How to Use Aegislash Effectively

Aegislash's ability Stance Change allows it to switch into its Shield Forme, with high Defense and Special Defense, to handle foes' attacks. However, Aegislash will switch into its Sword Forme immediately before attacking, and won't change back to Shield Forme until you use King's Shield, so make sure Aegislash hits second so that it can take the first hit in Shield Forme, not Sword Forme. This can be done by using the Speed-lowering Brave or Quiet Natures, and avoiding EVs and IVs in Speed.

A sweeper that can also take its share of hits

Aegislash is a great attacker rocking both high attacking power and defensive power, and a wide movepool. With its great typing, it's able to face threats like Sylveon and other Fairy-types, as well as Grass-types without fear. 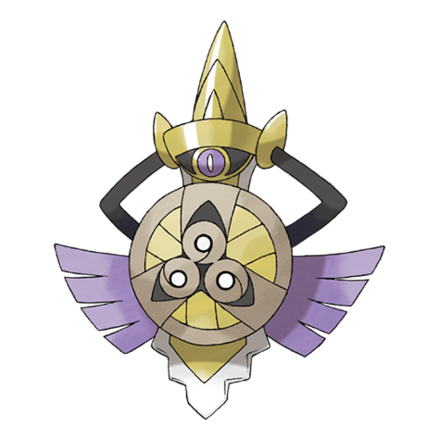 Aegislash has high defensive power, but an attacker with high Attack or Special Attack hitting with a Ground or Fire-type move has the potential to take it down in one hit.

Use Pokemon who can resist its attacks

As Aegislash boasts a number of powerful attacks, and often holds an item to boost its attacking power further, even Pokemon taking neutral damage will often be sent flying. Make sure to pit it against something which can bear the brunt of its attacks with 1/2x or less damage.

In order for us to make the best articles possible, share your corrections, opinions, and thoughts about 「Aegislash - Moveset & Best Build for Ranked Battle | Pokemon Sword and Shield」 with us!