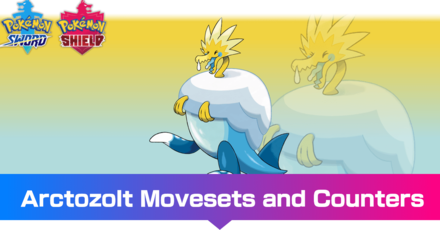 This is a strategy guide for using Arctozolt in competitive play for the games Pokemon Sword and Shield. Read on for tips on the best Nature, EV spreads, Movesets, and Held Items to use with Arctozolt, as well as its strengths and weak points. 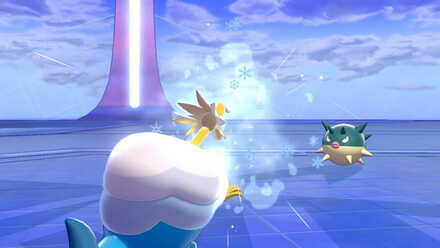 Giving Arctozol the Expert Belt allows it to deal high damage with super effective attacks. Its ability, Volt Absorb, keeps it from taking Electric damage, and with Freeze-Dry it can go up against Pokemon like Gastrodon and Quagsire without fear.

This build for Arctozolt's main purpose is to outspeed Tyranitar. With Low Kick it can one-shot Tyranitar making it useful in the current meta.

This is a attacking build that utilizes Life Orb and Dynamaxing. Arctozolt has good STAB moves such as Bolt Beak and Icicle Crash while also having coverage using Low Kick and Stomping Tantrum.

A counter attacking build that relies on getting hit and enduring a super effective attack. The combination of Dynamax and Weakness Policy allows for an easy revenge turn. We gave Arctozolt a boost in defense and HP in order to resist the likes of Landorus.

How to Use Arctozolt Effectively

Powerful Attacker that Puts the Pressure on Opponents

Arctozolt's Bolt Beak does double the damage if it hits first so it's great against slower Pokemon. Its range of attacks is also wide, so Pokemon like Gastrodon or Quagsire who cover up their Electric weakness with Ground typing can be easily taken out with Freeze-Dry. 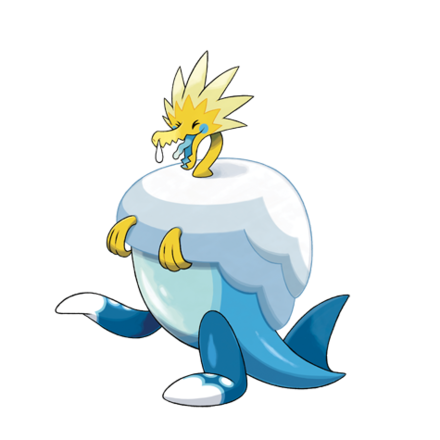 While Arctozolt's range of attacks is quite good, failing to attack first with Bolt Beak or hit the enemy's weakness lowers its damage output significantly and puts it at a disadvantage. Due to this, Pokemon who take half damage from Electric or Ice and can outspeed Arctozolt are the best counters. If they can hit its weakenesses as well this is even better.

In order for us to make the best articles possible, share your corrections, opinions, and thoughts about 「Arctozolt - Moveset & Best Build for Ranked Battle | Pokemon Sword and Shield」 with us!