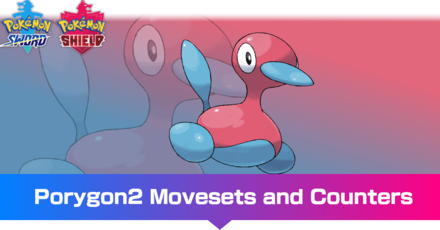 This is a strategy guide for using Porygon2 in competitive play for the games Pokemon Sword and Shield. Read on for tips on the best Nature, EV spreads, Movesets, and Held Items to use with Porygon2, as well as its strengths and weak points. 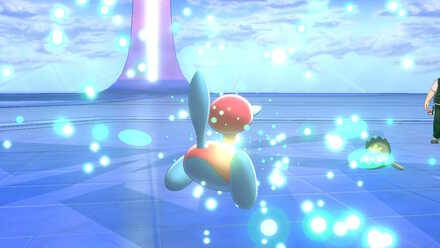 Tri Attack serves as Porygon2's STAB move of choice which has the added bonus of possibly inflicting status onto the opponent. Otherwise it can rely on handy coverage moves in the form of Ice Beam and Discharge.

As long as it doesn't take any massive hits, it can use Recover to heal back lost damage and handle a wide variety of Pokemon without being overwhelmed.

Trace allows Porygon2 to copy the opponent's ability. Try to switch in on Abilities that can prove beneficial to your team.

This moveset places EVs in HP and Defense, combined with the Eviolite to produce a highly-defensive Pokemon. 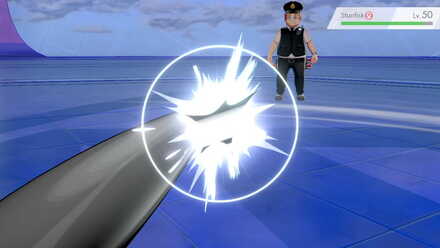 Roshi utilizes Iron Tail for this Porygon2 as a way to hit special attackers with frail physical defense, such as Nihilego, Mimikyu, and Sylveon.

Iron Tail also has a 30% chance to lower the opposing Pokemon's Defense by 1 stage. This allows Porygon2 to further support its teammmates, softening opponents and allowing physical attackers to take advantage of their lowered defenses.

This build uses a standard Specially Defensive EV spread so that it can withstand powerful Special Attacks thrown at it.

Since this Porygon2 has a Sassy Nature, it always gets an Analytic boost when facing against faster attackers. 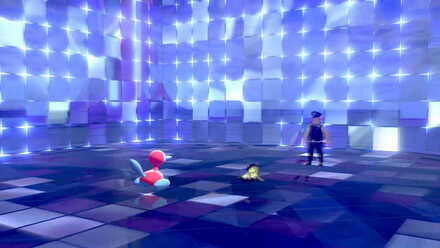 This mix of offense and defense allow it to take hits while also moving faster thanks to Trick Room. It can also be Dynamaxed or brought in near the end to turn the tides of the battle unexpectedly.

Thanks to its wide movepool, it's easy to fit into a variety of teams, and can also be difficult for opponents to read.

Tri Attack serves as Porygon2's STAB move of choice which has the added bonus of possibly inflicting status onto the opponent. Otherwise it can rely on handy coverage moves in the form of Ice Beam and Discharge.

This build uses Eviolite to provide constitution, while placing EVs in HP and Special Attack to make it a formidable Special Attacker after setting up Trick Room.

Download is a fantastic offensive ability giving Porygon2 a boost in the stat the opponent is weaker against. Bringing Porygon2 in on an opponent with low Special Defense can give Porygon2 a helpful boost in it's Special Attack. 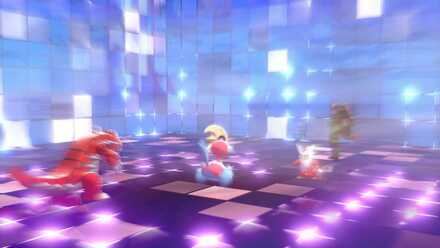 Porygon2 is one of the most defensive Pokemon available. With access to Trick Room and a good variety of support moves and coverage moves, Porygon2 proves itself to be a worthy addition to any team.

Though not specifically an attacker, Porygon2 can deal adequate damage with its main attacking moves, Ice Beam and Tri Attack after a boost from Download.
Recover is an excellent recovery move that allows Porygon2 to survive for as long as possible. It is also good for stalling out Dynamax turns .

Trick Room is a good means of speed control whether or not Porygon2 is in a dedicated Trick Room team.

This set alots ample EVs to HP, and a solid split between Defense and Special Defense with a little bit more on Defense so that Porygon can better survive physical Fighting-type moves. This makes Porygon2 incredibly difficult to knock out.

Porygon2's Download Ability lets it contribute to a team offensively, especially if it is able to get a Special Attack boost.

Eviolite is what makes Porygon2 viable and threatening. It gives Porygon2 a massive 50% increase to its already modest defenses, making it incredibly tanky.

How to Use Porygon2 Effectively

Placing Porygon2 next to an Intimidate user or a Pokemon with access to Dual Screens (Light Screen and Reflect.) will help further improve its bulk and survivability. Placing it next to a partner Pokemon that can use Fake Out can usually guarantee a Trick Room set up.

Porygon2 is also a good Pokemon to have on a Sun team because of the ever-present threat of Trick Room and Ally Switch.

How to Build a Team with Porygon2

Venusaur next to Porygon2 can be frighteningly unpredictable. You may either switch out Porygon2 to Torkoal and let Venusaur be a speedy Special attacker with its Chlorophyll Ability. Or you may switch out Venusaur for Torkoal and have Porygon2 use Trick Room. This team set up allows you to go fast or slow at will, depending on what your opponent has on the field

Having Venusaur stay on the field with Porygon2 is also a strong choice especially if Porygon2 is running Ally Switch. 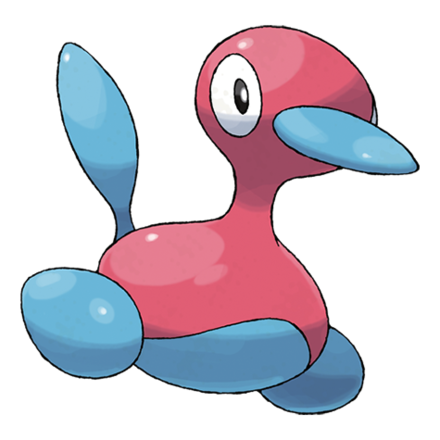 Counter Porygon2 with Fighting-Type Moves and by Disabling it

Although reasonably bulky, Porygon2 will not be able to withstand boosted Fighting-type moves. Disabling its ability to set up or be defensive is also effective against Porygon2

In order for us to make the best articles possible, share your corrections, opinions, and thoughts about 「Porygon2 - Moveset & Best Build for Ranked Battle | Pokemon Sword and Shield」 with us!