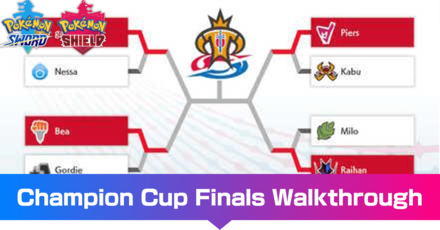 This walkthrough explains how to complete the Champion Cup Finals (Wyndon Gym) in the games Pokemon Sword and Shield. Read on for information on the trainers in the Champion Cup, the Pokemon they use in battle, and strategies on how to defeat them.

Things to Do Before the Champion Cup Finals

Raise your party Pokemon's levels to at least 55!

In the Champion Cup Finals, you will be battling with 4 trainers who all have Pokemon around level 55. Be sure that your own Pokemon are leveled high enough to be able to defeat them. 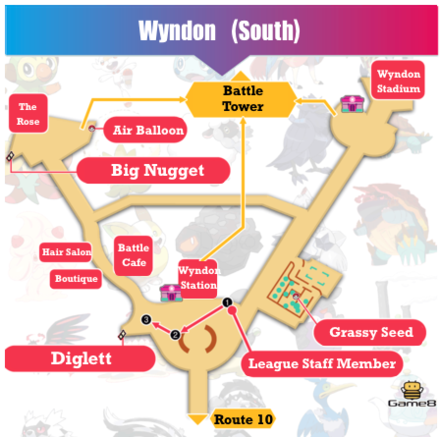 Don't put your Ice or Fairy-type Pokemon in the lead

Register as a member and get all the information you want. (It's free!)
Login
Opinions about an article or post go here.
Opinions about an article or post
We at Game8 thank you for your support.
In order for us to make the best articles possible, share your corrections, opinions, and thoughts about "Champion Cup Finals Walkthrough (Part 11)" with us!
When reporting a problem, please be as specific as possible in providing details such as what conditions the problem occurred under and what kind of effects it had.