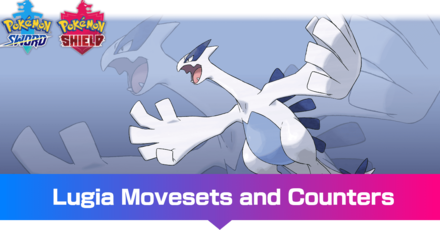 This is a strategy guide for using Lugia in competitive play for the games Pokemon Sword and Shield. Read on for tips on the best Nature, EV spreads, Movesets, and Held Items to use with Lugia, as well as its strengths and weak points. 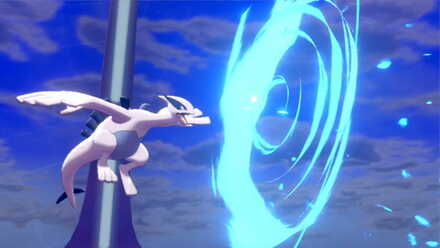 Lugia makes a great Dynamax lead thanks to its great bulk and ability to support its team with Max Airstream. Although this build focuses on getting Special Attack boosts, Lugia still functions more as a support Pokemon than the team's main attacker.

Aeroblast is Lugia's signature move and main STAB, doing great damage even without investment due to its increased critical hit chance. Earth Power is its main coverage move and lets Lugia hit bulky Steel-types such as Heatran.

Its last move is Calm Mind, which boosts Lugia's Special Attack and Special Defense by 1 stage. Although a bit redundant, it has some situational value as it allows Lugia to boost its special bulk even further.

Since this Lugia functions as a lead, we're giving it a fast but bulky EV spread with full investment in HP and Speed, with the remaining 4 EVs invested in Defense to bolster its bulk.

We're using Multiscale for this build. This ability reduces the damage Lugia receives from attacks by 50% if its at full health.

We're giving this Lugia a Weakness Policy, which boosts its Attack and Special Attack by 2 stages. Thanks to Lugia's Multiscale Ability, it won't go down easily even when it's targeted by strong super effective attacks! 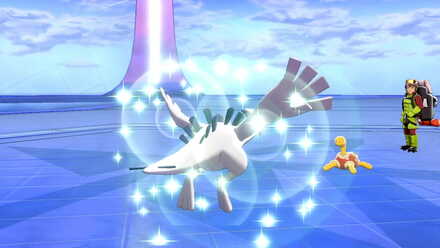 Lugia's flagship defensive set from the Advance Generation makes a return and is ready to meet the current metagame's strongest physical attackers head on thanks to its Multiscale Ability.

For teams that need a reliable defensive Pokemon, Lugia is a great choice thanks to its great mixed bulk, reliably recovery, and surprisingly high base speed stat.

Air Slash is a great Flying-type STAB that has a30% chance to flinch the target, and allows Lugia to threaten slower walls such as Chansey and Blissey. Earth Power is its main coverage move and lets Lugia hit bulky Steel-types such as Heatran.

It's last move is Calm Mind, which boosts Lugia's Special Attack and Special Defense by 1 stage. Although a bit redundant, it has some situational value as it allows Lugia to boost its special bulk even further.

We're using a simple defensive EV spread for this Lugia, with full investment in HP and Defense since Lugia's Psychic/Flying typing gives it 4x resistance Fighting-type moves. The remaining 4 EVs are invested in Speed to slightly boost Lugia's great 110 Base Speed stat.

We're using Multiscale for this build. This ability reduces the damage Lugia receives from attacks by 50% if its at full health.

We're giving this Lugia a Kee Berry. This item boosts Lugia's Defense stat by 1 stage when hit by a physical move.

How to Use Lugia Effectively

Lugia is considered the metagame's Great Wall - the be all and end all defensive Pokemon due to its great typing, excellent defensive stat distribution, and access to great support moves and recovery.

Play Lugia to its strengths and it can stop even a rampaging setup sweeper in its stracks!

Unlike other defensive Pokemon, Lugia isn't restricted to just walling attacks. Thanks to its respectable Special Attack stat, high powered tattacks, and access to boosting moves, the Diving Pokemon can also function as a bulky special attacker!

Although it needs several boosts to go actually start getting KOs, Lugia is a competent special attacker that's hard to counter due to its great bulk.

How to Build a Team with Lugia

Lugia is easy to fit into many teams and can easily fit the roster of both offensive and defensive-oriented teams. When played to its strengths, the Diving Pokemon can serve as either the team's defensive pivot or a support Pokemon that can go on the offense!

The Great Wall for Defensive Teams

Lugia's ability to stop powerful attackers in its tracks due to its massive bulk makes it a staple Pokemon for defensive-oriented teams. Few defensive Pokemon can match the Diving Pokemon in terms of sheer bulk and the utility it provides with its moves.

In the event Bisharp faces a Pokemon that can KO it at the start of the match, it can switch into Lugia as it boasts great physical bulk and a 4x resistance to Fighting-type moves. Lugia, in turn, synergizes well with Bisharp since the Sword Blade Pokemon's Dark typing deters Ghost and Dark-types that its weak to.

While Lugia's immense base 154 Special Defense is notable, it still gets worn down by powerful Special attacks - especially Electric-type moves. Gastrodon rounds off this team's bulk by filling the role of a special wall, and covering Lugia's weakness to Electric-type moves.

A Bulky Attacker for Offensive Teams

Lugia can function as a bulky Dynamax Lead for Hyper Offense teams. Unlike other Max Airstream setters, Lugia can still support its team after Dynamax.

Lugia functions as a Dynamax Lead for this offensive team, boosting its teammates speed with Max Airstream.

The speed boost benefits sweepers such as Urshifu Single-Strike and Nidoking as both have relatively mediocre Speed stats.

Urshifu, in particular, synergizes well with Lugia as even with little defensive EV investment, the latter can shrug off Fighting-type moves directed at the Wushu Pokemon. 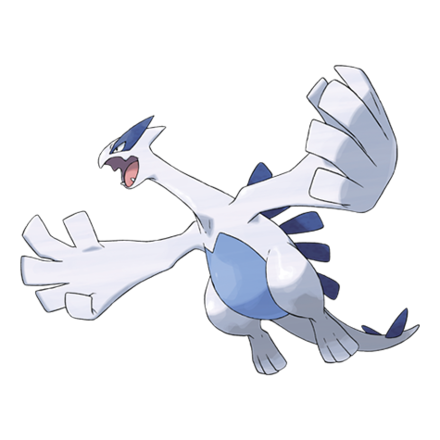 Wear it Down with Residual Damage

Lugia relies on its Multiscale Ability to withstand powerful super effective attacks. Without the Ability, it's easier to take down and you can even potentially KO it with an exceptionally powerful move.

As a result, Lugia struggles against Pokemon that set up Stealth Rock or can create weather that deals residual damage against it.

Overpower it with High-Powered Attacks

Lugia needs a turn to use Recover to keep its health up and reactivate its Multiscale Abilty. As a result, it can't handle repeated hits from exceptionally powerful attackers that can use powerful super effective moves.

In order for us to make the best articles possible, share your corrections, opinions, and thoughts about 「Lugia - Moveset & Best Build for Ranked Battle | Pokemon Sword and Shield」 with us!