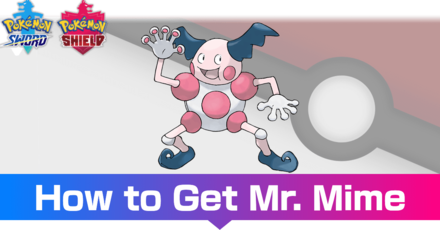 This is a page on the Pokemon Mr. Mime (Kanto form), including its Learnset and where it can be found in Pokemon Sword and Shield. Read on for information on its evolutions, abilities, type advantages, and location.

Giving Mr. Mime an Odd Incense will make a Mime Jr. be born

How to Get Mr. Mime 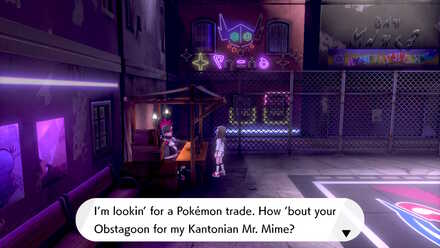 A Kantonian Mr. Mime can be obtained by first locating the Team Yell grunt to the far right side of Spikemuth and trading him an Obstagoon. This is the only classic form of Mr. Mime found in this game, so if IVs and nature are something that you are concerned with, be sure and save your progress before trading.

Mr. Mime in Other Pokemon Games

In order for us to make the best articles possible, share your corrections, opinions, and thoughts about 「Mr. Mime - Evolutions, Location, and Learnset | Pokemon Sword and Shield」 with us!