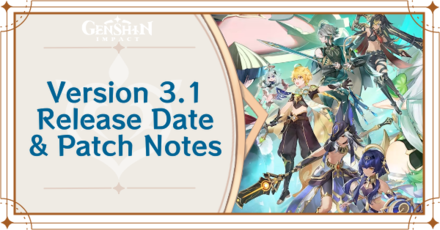 Banners and Reruns in Genshin 3.1

All 3.1 Banners and Dates

Genshin Impact Version 3.1 had banners for Cyno and Candace, and Venti's rerun, in Phase 1, while Nilou's came out alongside Albedo's banner in Phase 2!

When was Genshin 3.1 released?

Everything Happening in Genshin 3.1

The new characters in Genshin 3.1 are Cyno, Nilou, and Candace. We also get reruns for Venti and Albedo!
All Sumeru Characters

Other Characters in Genshin 3.1 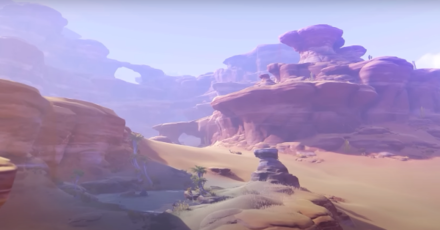 One of the biggest highlights of the 3.1 update is the release of the Desert area of Sumeru, named Deshret Desert. It is the polar opposite of the Dharma Forest, as the sandy area features arid landscapes and dry terrain. The Desert area is also home to the devotees of the Scarlet King, with various large pyramids inspired by Ancient Egyptian cultures.

The release of the Desert area comes with a whole new map, quests, puzzles, and exciting lore! See everything we know about the area in our full guide.

Two new Archon Quests and two new Story Quest are available in Genshin 3.1. We'll learn more about Sumeru's Desert Region with Acts 3 and 4 of the new Archon Quest chapter. We'll also spend some quality time with Cyno and Nilou in their Story Quests!

The Staff of Scarlet Sands polearm and the Key of Khaj-Nisut sword are the 5-star weapons coming to Genshin 3.1. Three new 4-star weapons are also likely to be limited-time weapons obtainable in the weapon banner.

You can also get new 4-star weapon, the Missive Windspear polearm, as a free reward from the Of Ballads and Brews event.

In order for us to make the best articles possible, share your corrections, opinions, and thoughts about 「Genshin Impact 3.1 Banners, Release Date, and Characters | Genshin Impact」 with us!