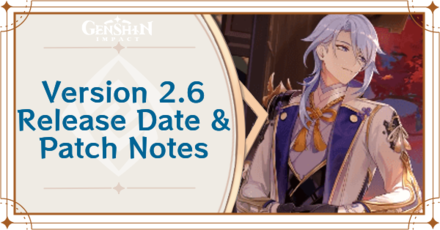 Genshin Impact Version 2.6 was released on March 30, 2022. The update includes the release of Ayato and his character banner, reruns for Ayaka and Venti, a new 5-star Sword, two new artifacts, and the new Chasm location, so read up on everything here! 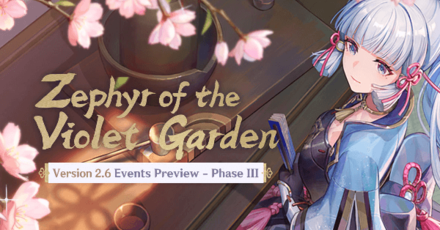 A post from Genshin Impact's Facebook has confirmed that Ayaka's Banner and the Mistsplitter Reforged banner will end on May 31st, 2022.
2.6 Extension & Phase 3 News

When was Update 2.6 released?

Genshin Impact Version 2.6 was released on March 30, 2022. The update includes the release of Ayato, reruns for Venti and Ayaka, a new Chasm location, a new 5-Star sword, two new artifact sets, a new Archon Quest with Dainsleif, an Inazuma Festival, and other exciting content! 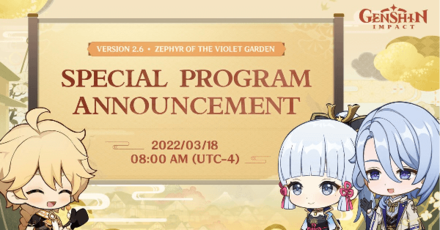 All 2.6 Banners and Dates

The banner images will be updated as soon as the rate-ups are released!

Ayaka's banner rerun is now live! The end date for Ayaka's banner and the current Epitome Invocation banner has been extended until May 31, 2022.

All Character Updates in 2.6 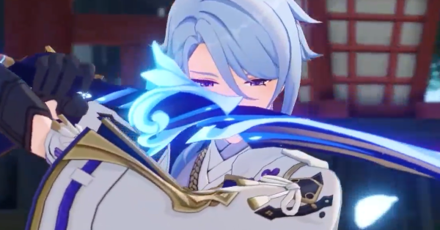 Ayaka's long-teased brother, Ayato, was finally released in Version 2.6! He's in the first banner of Version 2.6, side-by-side with Venti's rerun.

New The Chasm Location in Liyue

The mysterious, grayed out area in Liyue called ''The Chasm'' was revealed in Version 2.6. The new are features new quests, enemies, and other features. We'll also get to use the new Lumenstone Adjuvant gadget to aid us in exploration! 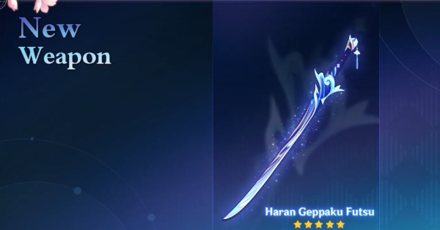 There is a new 5-Star Sword released in Version 2.6. The 5-Star sword, Haran Geppaku Futsu, is a strong weapon for Ayato as it can increase the user's Normal Attack DMG!

The new sword was available in the first weapon banner of Version 2.6, alongside Ayato's debut banner. 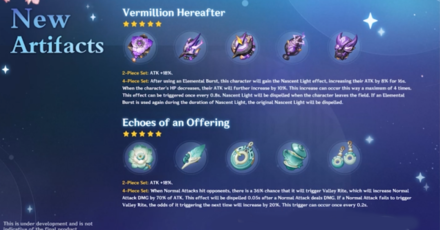 Two new 5-Star artifact sets were also released in Version 2.6! These artifacts are rewards from The Lost Valley domain makes an appearance in the new area, The Chasm. 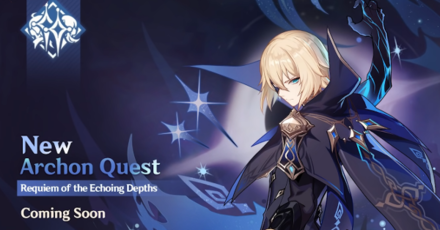 Dainsleif makes a return in the Archon Quest in Version 2.6; the story of finding your sibling and The Abyss Order continues!

We'll also spend some quality time with Ayato and stopping an arranged marriage in his Story Quest!

All Events in Version 2.6

All New Cosmetics in 2.6

All New Furnishing in 2.6

All Changes and Improvements in 2.6

Post (2 Comments)
Opinions about an article or post go here.
Opinions about an article or post
We at Game8 thank you for your support.
In order for us to make the best articles possible, share your corrections, opinions, and thoughts about "Genshin Impact 2.6 Release Date and Patch Notes" with us!
When reporting a problem, please be as specific as possible in providing details such as what conditions the problem occurred under and what kind of effects it had.