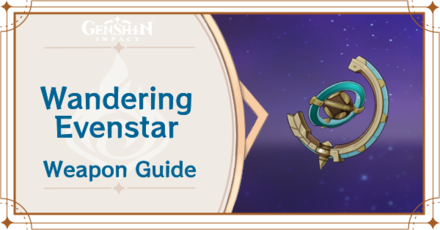 Who is Wandering Evenstar Good For?

The Wandering Evenstar is a good weapon for Sub-DPS characters whose primary damage comes from triggering Elemental Reactions. It is also a great weapon for support characters who use Elemental Mastery Main stats since it provides additional buffs to the party.

The Wandering Evenstar is also a great weapon for both Kokomi and Barbara if they are acting as a Hydro Main DPS that will create and deal damage through Dendro Cores by applying Hydro on enemies affected by a Dendro Aura.

Keep in mind that you must not have Pyro or Electro characters in the party who might accidentally trigger Burgeon or Hyperbloom since the Dendro Core damage will no longer be based on Barbara or Kokomi's Elemental Mastery.

Is the Wandering Evenstar Worth it?

How to Get Wandering Evenstar 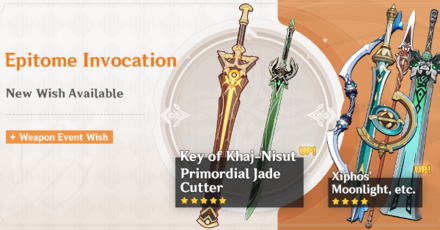 Wandering Evenstar was a featured 4-star weapon in the Epitome Invocation banner on the Second Phase of Version 3.1.

As this is an Event-Wish exclusive weapon, you cannot get Wandering Evenstar by any other means.

The Wandering Evenstar Catalyst debuted in the second phase of Version 3.1 on October 14, 2022.

This was originally a device used by researchers to observe and perform calculations on celestial phenomena. It serves as a conduit and catalyst.

"This story takes place thousands of years ago, in an era after the foolish God-King was buried by the sandstorms.
The wandering prince, having lost his kingdom, retreated into the cascading rainforest, surrounded by the tranquil moonlight.
He had come here with the ambition to conquer new lands, but ended up being pursued by the huntress with the white bow,
And thus did the dejected wanderer come to be trapped by vine branches and, in the cold moonlight, he heard the low growls of the tiger around him.

"The rainforest trail road was so treacherous that mortals could only tell the way ahead by the moonlight breaking through the leaves."
"The flickering evening stars lit the wanderer's way but also lured him into a deadly trap."
"The huntress darted through the deepwood with her white bow, driving this intruder away time and again."
"Together with the ancient tiger and its roar, she gave the order for his expulsion, but did not take his life."

The old blind poet repeated the story of the wandering prince in a cracked, hoarse voice.
Even though he had lost his eyes long ago, he still unconsciously looked at the evening star that lay next to the bright moon.
The flickering star of the night had led the wanderer toward new hope, but also to a dead end,

And years later, when the wanderer who had nothing to lose faced death, he had to make a choice...
When the teachings of death were whispered in his ear, he finally realized the meaning of the warning...

"You belong to neither the forest nor death, so stay far from the king's palace."
"If you cherish life and memory still, do not go deep into the dark and dangerous lands."

"Stop repeating those silly words..."
"If my wandering fate leads me to the moon-white bow, and if the evening stars foretell my end,"
"Well then! I would rather accept my fate than die pursuing a falcon."

In order for us to make the best articles possible, share your corrections, opinions, and thoughts about 「Wandering Evenstar Best Characters and Weapon Guide | Genshin Impact」 with us!