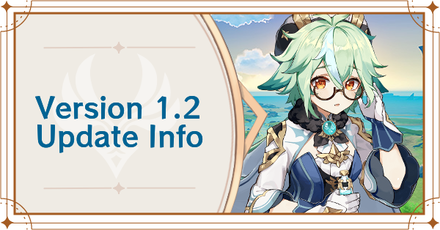 This is a news article on the upcoming Version 1.2 update for Genshin Impact. Read on for the latest information on upcoming features, new systems, characters, and more!

Times are subject to change depending on the duration of the maintenance.

We have updated this article with info from the official trailer and the Chinese live stream held on December 11, and will add more information as it officially becomes available! 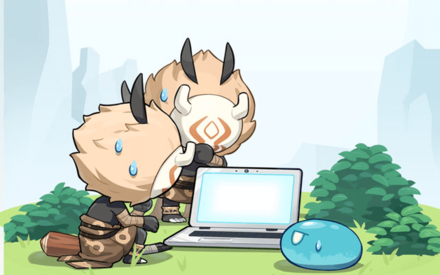 Once again the Genshin Impact Developers held a discussion to address gameplay and quality of life issues that will be adjusted in the upcoming Version 1.2 update.

Albedo was revealed as a new character 5-star, wielding a sword and showing off Geo powers. He seems to have a gentle personality and is Sucrose's teacher.

It has long been been speculated that Ganyu would become playable soon, and it was finally officially confirmed in the live stream! Through the story we know she has a Cryo vision, and she was shown to fight using a bow in the video.

Dragonspine has been confirmed to be added in the 1.2 Update, and judging by the revealed information it will be available from the update release Decembe 23. On the revealed images you can see new Materials, Treasure Chests and Seelies.

Inhabiting this new area is a group of new Cryo versions of well know enemies, as well as a new Ruin type of monster.

It was also revealed that Dragonspine will introduce a new temperature feature, shown by a gauge above the HP bar. If the gauge falls to zero and your stick around for too long, your HP will start decreasing. It seems like items that will keep you warm will be added as well, so there will surely be ways to fight the cold!

We don't currently know where you can find these new Artifacts, but it's bound to be somewhere on Dragonspine. We will update you when we get any official information!

The above order is the order they were announced in the video, with The Chalk Prince and the Dragon starting December 23rd. Chances are the event will release in the same order!

The Chalk Prince and the Dragon 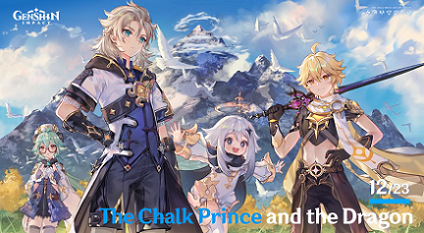 A new 4 part event is set for Genshin Impact version 1.2. This event will run similar to Unreconciled Stars granting players an abundance of rewards for completing missions and event tasks, including another Crown of Insight. 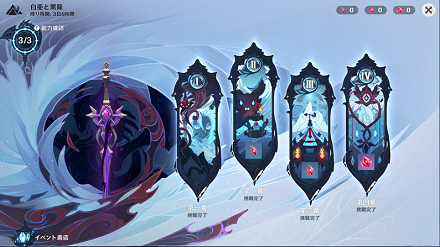 As a event completion reward players will be able to obtain a free 4 Star Sword, Festering Desire. 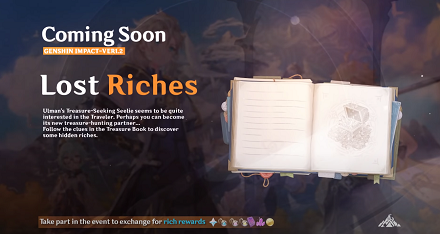 In this new event players will help a Seelie scour Tevat for various treasures and riches by digging up mysterious spots and completing various challenges.

Players will travel to a number of different locations across Teyvat and pick up a set number of treasures by using the treasure hunting Seelie. These treasure can be exchanged for up to Materials, Mora, up to 300 Primogems and more!

The unique reward for this event appears to be a pet Seelie in 3 different colors that will follow the player similar to Paimon. 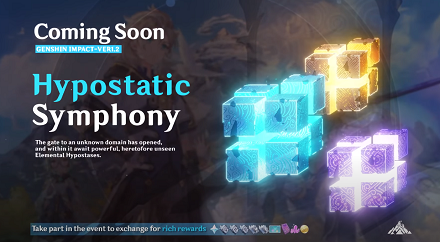 An event centered on fighting the Electro, Geo and Anemo Hypostasis is also set for version 1.2. However, these Hypostasis are not your everday farmable field boss. They will feature new abilities and mechanics in order to provide unique challenges to players as well as Talent Level-up Materials as rewards.

The merchant Liben returns along with another Marvelous Merchandise Event. Be sure to collet plenty of materials because who knows what Liben will request this time! 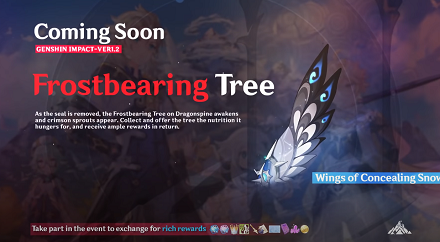 This event will reward players with a new 4 Star Catalyst Weapon, Frostbearer, a new glider skin, a Crown of Insight and even Aquainted and Intertwined Fate.

Just what kind of event Frostbearing Tree will be and the nature of the gameplay has yet to be revealed, but the Japanese Twitter account seems to hint that you have to help grow the tree by feeding it special materials.

From Version 1.2 you will gain Acquaint Fate from ascending your characters, great news for players who wishing to pull more from the banners in Genshin Impact. As you probably know, Acquaint Fate can be used in the Wandlerlust Invocation and Noelle starter banners.

You will gain Fate from ascending characters at level 20, 50, and 70, and you will get Fate for characters you ascended before the update as well. 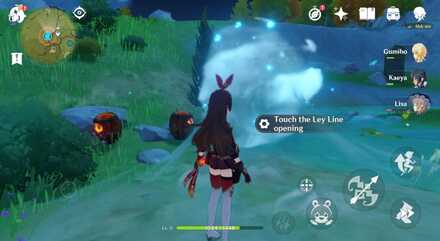 Domain and Ley Line rewards will automatically be added to your inventory from 1.2 as well, a rather welcome quality of life improvement!

You will, of course, still have to use Resin to claim them, but at least the trouble ends there.

Have you ever wished you could just continue your grind groove without having to re-enter Domains? Well, your prayers have been heard! From 1.2 you'll be able to challenge a Domain again without leaving it or reforming a party. 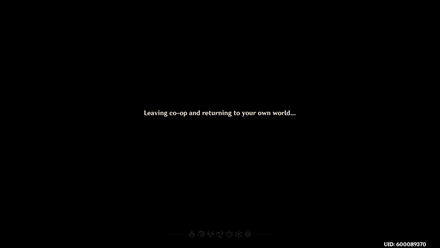 Two changes will be made to Co-op play in version 1.2, and the first is that players leaving Co-op no longer interrupts gameplay for the remaining party members.

The second change is that the Host will be able to disband the Co-op Team simply by returning to Single Player Mode.

How to Leave Co-Op

At the moment you can only get navigation help for Quest markers, but apparently soon the developers will make it possible to get navigation for your placed custom pins as well. Only one at a time, but still a great help.

It wasn't explicitly said that this feature will be in the 1.2 update, but we hope so! 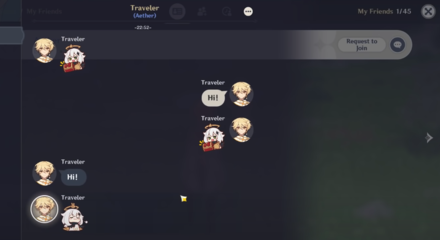 A private chat function is set to be imlemented in Version 1.2 that allows you to chat with friends via the Friend screen or a shortcut. You can send them messages even if they are online, so we imagine this will come in handy for all the social players out there!

If your friends tend to change their nickname often and you're finding it hard to remember who is who, you can give them your own nickname after the 1.2 update. Only you can see it, but we still suggest keeping it family friendly! 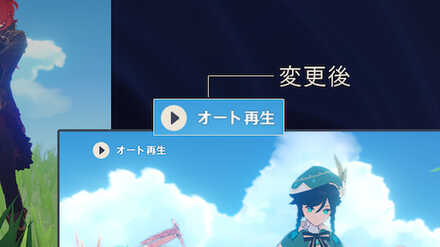 One of the last features announced is the option to auto play dialogue in cutscenes. When auto-play is selected, dialogue will automatically progress once the current line's audio finishes playing. If any dialogue options appear, auto-play will pause to allow you to respond, then continue automatically again after.

In addition to the dialogue improvements, you'll also become able to watch the dialogue of completed Archon and Story quests from the Archive menu, in a Travel Log section.

Register as a member and get all the information you want. (It's free!)
Login
Opinions about an article or post go here.
Opinions about an article or post
We at Game8 thank you for your support.
In order for us to make the best articles possible, share your corrections, opinions, and thoughts about "Genshin Impact 1.2 Dragonspine Update Summary" with us!
When reporting a problem, please be as specific as possible in providing details such as what conditions the problem occurred under and what kind of effects it had.