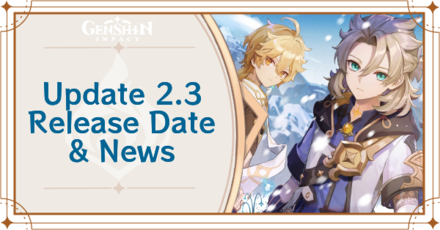 Genshin Impact Version 2.3 was released on November 23, 2021. We got to to Dragonspine for Albedo and Eula's reruns in Phase 1, Itto and Gorou's release in Phase 2, two new weapons and two new artifact sets, two new Hangout quests, and much more, so read up on everything in this 2.3 guide!

When was Version 2.3 released?

The update featured the release of both Itto and Gorou, reruns for Albedo and Eula with a new type of Wish Banner, two new weapons, two new artifact sets, Beidou and Gorou Hangouts, and other exciting content! 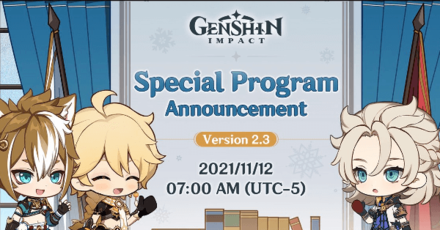 Watch the Full Livestream in Our Guide

All 2.3 Banners and Dates 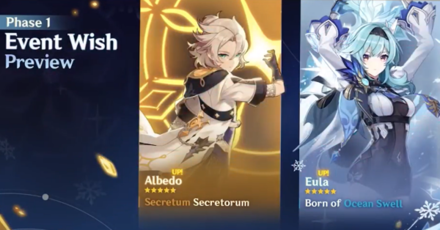 Genshin Impact introduced the ''Character Event Wish-2'' in Version 2.3, as a way to run both Albedo and Eula banners at the same time. These two banners share the pity count, so you can pull on one and switch to the other without sacrificing Primogems!

When is the Event Wish-2 Available?

It was available as soon as Version 2.3 was released, but MiHoYo announced that Event Wish-2 won't always be active. It will just be a special, recurring banner for some Version Updates.

All Character Updates in 2.3

Three of the featured characters in Version 2.3 use the Geo element! Arataki Itto and Gorou have been released as new characters, while Albedo got a banner rerun.

Geo Team Comps got a massive boost because of Gorou's support abilities! What a good boy!
Other New & Upcoming Characters

All New Weapons in Update 2.3

You can get the Cinnabar Spindle from the Shadows Amidst Snowstorms event for free but the Redhorn Stonethresher is only be available on the Epitome Invocation banner in Phase 2, alongside Itto's banner!
List of All Weapons

All New Artifacts in Update 2.3

How to Get the New Artifacts

Both of the new artifacts in Version 2.3 are obtained as rewards from an upcoming Domain in Seirai Island: The Slumbering Court!
Best Artifact Builds & Set Bonuses

Other New Items in Update 2.3

Get the Omni-Ubiquity Net from the Bantan Sango Case Files: The Warrior Dog event and use it to rescue animals! You can then bring the animals you rescue home to your Serenitea Pot.
Housing System & Serenitea Pot Guide 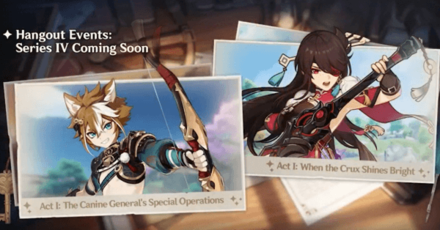 There's no Archon Quest in Version 2.3, but you can spend quality time with Beidou and Gorou, as well as get to know more about Arataki Itto in their feature quests!
List of All Quests 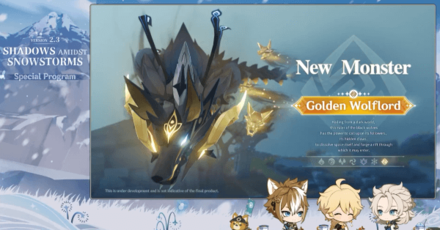 Golden Wolflord, the King of the Riftwolves

If you thought the regular Rifthound enemies were hard to fight, wait until you challenge the Rifthound Boss... We'll be walking you through the battle with our guides, though! Just bring your best healers to counter the Golden Wolflord's corrosion!

This new Field Boss' material drops will likely will be used to ascend Arataki Itto and Gorou once they're released.
Golden Wolflord Boss Guide 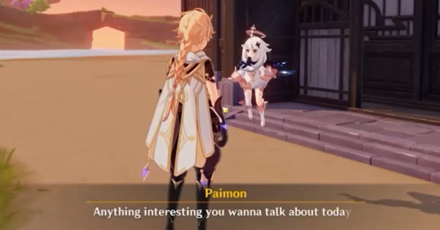 Paimon in the Serenitea Pot!

You can now place Paimon as a companion in the Serenitea Pot in Version 2.3. She also has new voicelines for you to listen to. We'll finally have our favorite emergency food listen to our stories after a long day!
Companion Move-In Guide

Register as a member and get all the information you want. (It's free!)
Login
Opinions about an article or post go here.
Opinions about an article or post
We at Game8 thank you for your support.
In order for us to make the best articles possible, share your corrections, opinions, and thoughts about "Genshin Impact 2.3 Release Date and Patch Notes" with us!
When reporting a problem, please be as specific as possible in providing details such as what conditions the problem occurred under and what kind of effects it had.