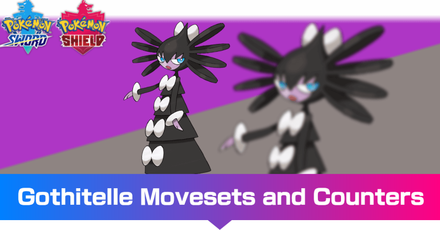 This is a strategy guide for using Gothitelle in competitive play for the games Pokemon Sword and Shield. Read on for tips on the best Nature, EV spreads, Movesets, and Held Items to use with Gothitelle, as well as its strengths and weak points. 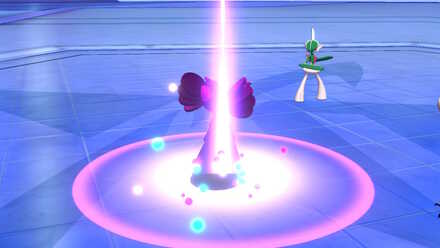 This build revolves around getting as much boost from Cosmic Power and Nasty Plot in order to power up Gothitelle's Stored Power. The given EV spread allows the Astral Body Pokemon to switch into physical attackers better, with Rest allowing it to completely recover its HP and get rid of status like Toxic.

Chesto Berry is the preferred held item for this build so that Gothitelle immediately recovers from Sleep after it uses Rest, allowing it to boost or attack with its moves. 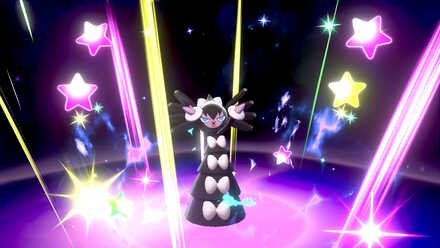 This build is designed to pair Gothitelle with an Entrainment-build Durant. After passing on Durant's Truant ability, switch to Gothitelle and raise its stats with Nasty Plot and Cosmic Power on the turns when the opponent is disabled, then use Protect to avoid your opponent's moves on turns when it can attack.

Gothitelle's Shadow Tag ability akes it impossible for the opponent to switch Pokemon, allowing you to predictably boost your stats against the Truant-inflicted Pokemon.

Dark-type moves are used to ensure all types can be damaged. 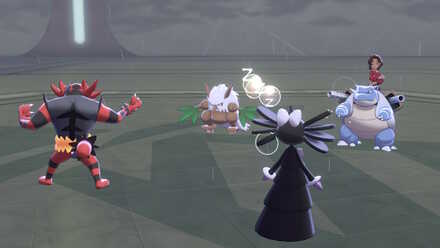 This build uses Shadow Tag to block the opponent from switching, allowing you to predictably boost your stats with Cosmic Power and Nasty Plot. Attack your opponent with Dark Pulse.

Rest allows you to recover HP and heal status changes, allowing you to setup against a wider range of opponents.

Dark-type moves are used to ensure all types can be damaged.

How to Use Gothitelle Effectively

Lock Your Opponent in with Shadow Tag and Set Up

Gothitelle's Shadow Tag keeps the opponent from switching Pokemon, allowing Gothitelle to set up against a Pokemon whose moves it can weather. Raise your stats with Cosmic Power and Nasty Plot to defeat your opponent.

Beware of opponent's critical hits against you, since they disregard stat boosts. Make sure to only put Gothitelle against Pokemon that are type-disadvantaged or have moves that aren't very effective against Gothitelle to give yourself the best chance of setting up effectively. 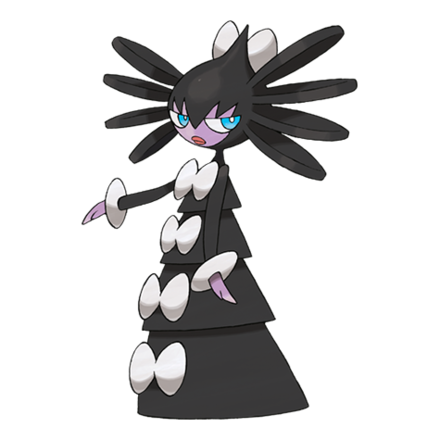 Use Ghost-types that aren't affected by Shadow Tag. The effect of the Ghost-type move, Curse, isn't remedied by Rest, allowing you to force Gothitelle to switch out.

Use Moves to Automatically Switch

Use switching moves U-turn and Volt Switch, which aren't restricted by Shadow Tag. Whirlwind does the job as well.

Post (0 Comments)
Opinions about an article or post go here.
Opinions about an article or post
We at Game8 thank you for your support.
In order for us to make the best articles possible, share your corrections, opinions, and thoughts about "Gothitelle - Moveset & Best Build for Ranked Battle" with us!
When reporting a problem, please be as specific as possible in providing details such as what conditions the problem occurred under and what kind of effects it had.