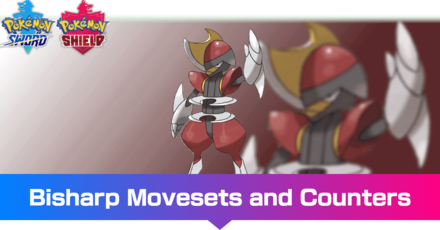 This is a strategy guide for using Bisharp in competitive play for the games Pokemon Sword and Shield. Read on for tips on the best Nature, EV spreads, Movesets, and Held Items to use with Bisharp, as well as its strengths and weak points. 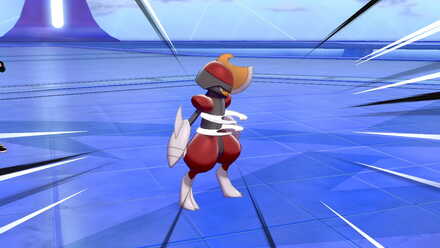 Thanks to its Occa Berry, Bisharp will be able to handle enemies who try to burn it down with Fire-type attacks. This allows Bisharp to be an effective Pokemon against Dynamaxed Togekiss who often carries Max Flare. Bisharp can retaliate with Iron Head followed by a Sucker Punch.

Throat Chop is a Dark-type move which has the added benefit of disabling sound-based moves for the next few turns.

As a Steel type, Bisharp benefits from STAB Iron Head which is extremely useful with the plethora of Fairy-types in the metagame.

Bisharp can get around its mediocre base 70 Speed with one of the strongest Sucker Punches in the game. This really threatens the survivability of sweepers as their health gets decimated leaving them vulnerable to other sweepers.

Finally, Swords Dance offers Bisharp a way to gain even more attack boosts against walls. You can also use Swords Dance if you predict the enemy to switch out to get a free boost.

Since we want to uphold Bisharp's survivability while still being able to maintain power, max investment into HP and Attack will help us achieve this.

Defiant gives Bisharp a +2 Attack boost whenever any of it's stats are lowered. This is exremely useful against teams with Intimidate or Defog.

As explained above, an Occa Berry allows Bisharp to tank a Fire-type move to maintain its survivability. Alternatively, Focus Sash may also be an option. 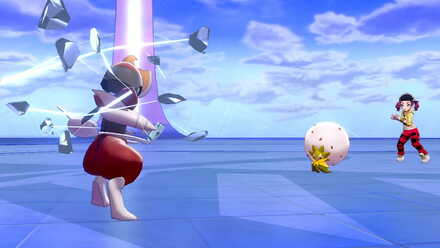 This set relies on Bisharp surviving a near-fatal blow with a Focus Sash and revenge killing with Metal Burst. Just in case the damage won't be enough, Sucker Punch as a priority move can be used for good measure.

Guillotine is a risky move which, if it connects, can be used for a guaranteed OHKO.

To maximize power from Metal Burst max investment into HP and Attack will help us take more damage, and in return deal more damage.

Defiant gives Bisharp a +2 Attack boost whenever any of it's stats are lowered. This is exremely useful against teams with Intimidate or Defog.

Focus Sash guarantees that Bisharp will land at least one Metal Burst before falling.

How to Use Bisharp Effectively

Defiant is one of the reasons why Bisharp has a reliable presence in the metagame. Whereas most physical attackers might be worried about the Attack drop against Intimidate users, Bisharp effectively gets an Attack boost when it's stats are lowered.

Defiant discourages opponents with Intimidate to switch into Bisharp. It also works well with Pokemon who set up entry hazards, as those who will try to Defog it away will drop Bisharp's evasion, and give it a sharp boost in Attack. It also gives Bisharp an edge against teams who have laid down Sticky Web.

Against Corviknight with Mirror Armor you can also try attacking with Max Darkness to lower your own Special Defense to trigger Defiant.

Bisharp's base 125 Attack Stat and powerful STAB attacks make it a force to be reckoned with in the Pokemon Metagame. Bisharp excels as one of the most threatening users of Sucker Punch, ever since it was introduced in Generation 5.

As mentioned above, Bisharp can get around its mediocre base 70 Speed with one of the strongest Sucker Punches in the game. This really threatens the survivability of sweepers as their health gets decimated, leaving them vulnerable to other sweepers.

How to Build a Team with Bisharp

By making significant dents into the enemy team, Bisharp works well as a secondary physical attacker for the team, who they can set up for success.

Bisharp will serve as a wallbreaker and will whittle down the enemy team's HP. Its key resistances should help its survivability a bit, but, due to its low Speed, may need a fellow teammate to clean up the kills.

This core revolves around the idea of whittling down the opponents with Bisharp's Sucker Punches and Swampert's Stealth Rocks. Once sufficiently weakened, Both Bisharp and Tapu Koko can proceed to clean up.

Tapu Koko's Electric Surge and Bisharp's Taunt can prevent opponents from recovering with Rest or trying to set up. This allows you to keep the offensive pressure.

Learn more about building Offense teams by checking out our full guide below.
How to Build an Offensive Team | Best Hyper Offense-Team 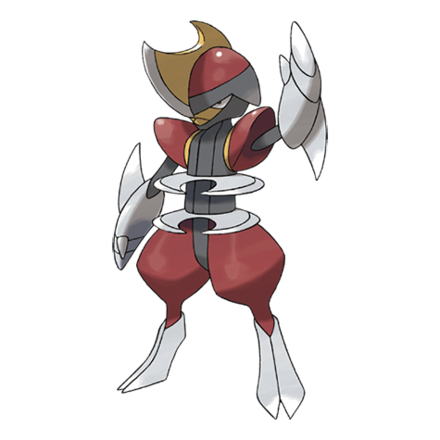 Bisharp may have a high Attack stat, but its defenses are mediocre at best. It's best to bring in bulky Pokemon who can take Bisharp's hits, and dish out super-effective moves of their own.

Use Pokemon Who Resist Bisharp's Moves

Bisharp's STAB moves doesn't leave it many options when against bulky Steel or Poison types.

Try to take this opportunity to bring your tank in, to set up against Bisharp. However, be wary of Bisharp's access to Taunt.

Post (0 Comments)
Opinions about an article or post go here.
Opinions about an article or post
We at Game8 thank you for your support.
In order for us to make the best articles possible, share your corrections, opinions, and thoughts about "Bisharp - Moveset & Best Build for Ranked Battle" with us!
When reporting a problem, please be as specific as possible in providing details such as what conditions the problem occurred under and what kind of effects it had.