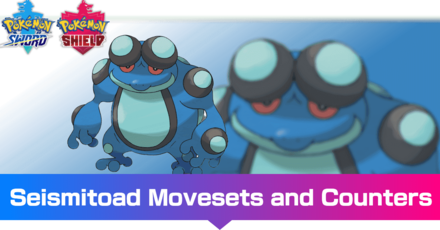 This is a strategy guide for using Seismitoad in competitive play for the games Pokemon Sword and Shield. Read on for tips on the best Nature, EV spreads, Movesets, and Held Items to use with Seismitoad, as well as its strengths and weak points. 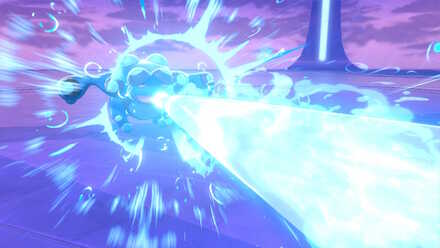 Seismitoad's destructive power comes from its quick special attacks and giving it a Life Orb will boost its overall attack power.

The type variety of Seismitoad's special attacks would also benefit from giving it an Expert Belt, increasing their super effectiveness. 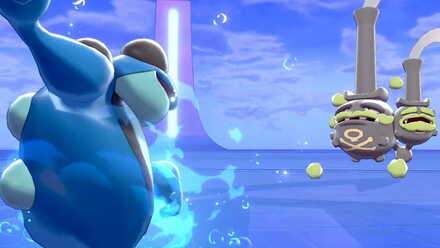 Like its special attacker moveset, Seismitoad's physical attack damage and super effectiveness can be increased with a Life Orb or an Expert Belt respectively.

How to Use Seismitoad Effectively

Seismitoad's special and physical attack movesets have similar final stat values, so you can rely on both movesets to give you an advantage during a battle. Both movesets also give Seismitoad a wide range of type advantages, allowing you to exploit your opponent's weaknesses.

The Swift Swim Ability doubles Seismitoad's speed in the rain. Used with the alternate move, Rain Dance, you can potentially attack first with the increased damage of your other water-type moves.

Potentially attacking first with these speed boosts is useful against high-powered opponents, like Hydreigon, known to have one of the highest base special attacks. 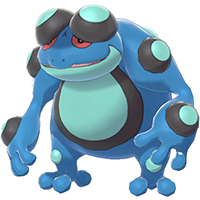 Strike hard with a Grass-type attack

Seismitoad is especially vulnerable to grass type attacks, which deal 4x damage. Additionally, Seismitoad can be easily overpowered by physical and special attacks because of its low defense and special defense values.

Register as a member and get all the information you want. (It's free!)
Login
Opinions about an article or post go here.
Opinions about an article or post
We at Game8 thank you for your support.
In order for us to make the best articles possible, share your corrections, opinions, and thoughts about "Seismitoad - Moveset & Best Build for Ranked Battle" with us!
When reporting a problem, please be as specific as possible in providing details such as what conditions the problem occurred under and what kind of effects it had.