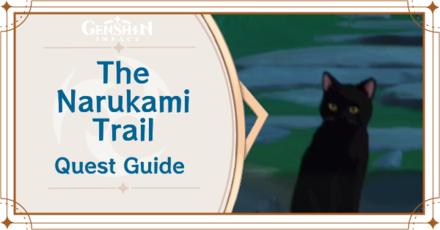 The Narukami Trail is an Inazuma World Quest in Genshin Impact Version 2.1. Learn how to unlock The Narukami Trail, all quest locations, a full quest walkthrough, quest rewards, quest achievements, and other information in this guide!

How to Unlock The Narukami Trail

Complete the Neko Is a Cat Quest Series 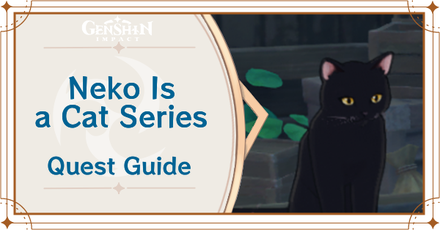 All Neko Is a Cat Quest Walkthroughs 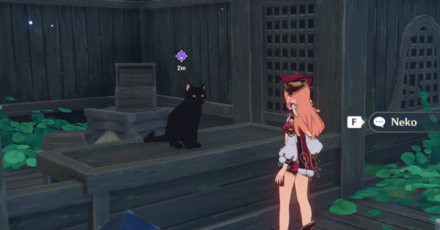 Talk to Neko to Unlock 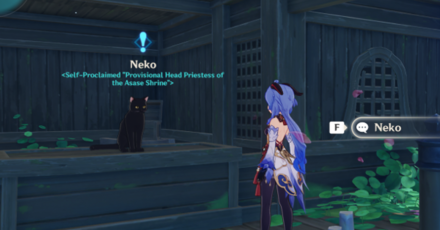 Daily Commissions are randomized, so getting the three quests one day after the other is not guaranteed. However, once you have completed each of Neko's daily commissions at least once, The Narukami Trail should become available.

The Narukami Trail Walkthrough and Rewards

Neko, ''Provisional Head Priestess of the Asase Shrine,'' seems to have something she wants to do...

Her and Her Cat Achievement

Completing the quest, The Grand Narukami Shrine, will give you the Her and Her Cat Achievement, which is worth 5 Primogems!

Register as a member and get all the information you want. (It's free!)
Login
Opinions about an article or post go here.
Opinions about an article or post
We at Game8 thank you for your support.
In order for us to make the best articles possible, share your corrections, opinions, and thoughts about "The Narukami Trail World Quest Walkthrough and Rewards" with us!
When reporting a problem, please be as specific as possible in providing details such as what conditions the problem occurred under and what kind of effects it had.