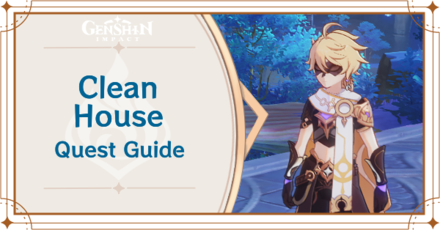 Clean House is a World Quest on Watatsumi Island that only became available in Genshin Impact Version 2.2. Learn how to unlock Clean House, all quest locations, a full quest walkthrough, quest rewards, and other information in this guide! 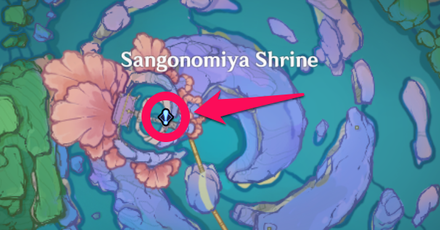 Clean House will unlock after completing the Omnipresence Over Mortals Archon Quest. Talk to Shizuru in Watatsumi Island to start the quest.

The Sangonomiya shrine maiden Shizuru has an emergency commission that only you can complete...

You will need to defeat three waves of enemies, including the Brutish Samurai. Luckily, they are not tough to deal with. Easily defeat these waves of enemy Shogunate Infantries with AoE abilities.

Defeat Borenka and His Minions in Three Waves

You will be faced with Borenka, an Electro-Hammer Vanguard, and his hordes of Fatui minions. Bring Cryo and Pyro so you can easily deal with Borenka. Borenka will fight you twice in separate waves. 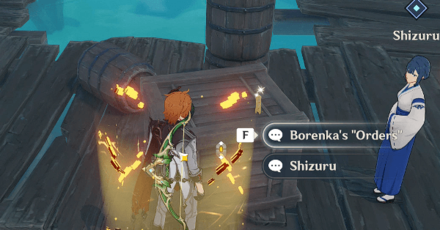 After defeating Borenka, you will be able to read Borenka's ''Orders'' beside Shizuru. If you want to read a small tidbit about the First Lord Harbinger, read this before talking to Shizuru, as the note will disappear if you do so.

Register as a member and get all the information you want. (It's free!)
Login
Opinions about an article or post go here.
Opinions about an article or post
We at Game8 thank you for your support.
In order for us to make the best articles possible, share your corrections, opinions, and thoughts about "Clean House World Quest Walkthrough and Rewards" with us!
When reporting a problem, please be as specific as possible in providing details such as what conditions the problem occurred under and what kind of effects it had.