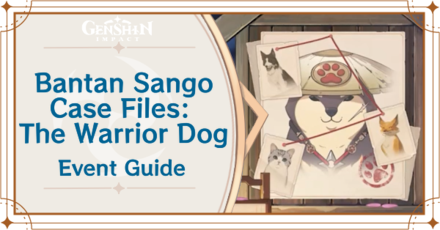 Bantan Sango Case Files: The Warrior Dog is an event in Genshin Impact. Learn how to avoid Canine Bunshin in Hiding Spot challenges, how to beat enemies in Den of Thieves challenges, how to use the Ubiquity Net to rescue animals, a list of total event rewards, and other information in this event guide!

Can you play Bantan Sango Case Files in Co-Op Mode?

You can play the Canine Path challenge in Co-Op mode, but you can't play the event quests, Hiding Spot challenges, or Den of Thieves challenges with friends. Entering Co-Op mode will temporarily pause the event stages in your world.

How to Unlock the Event Stages

To unlock the next Bantan Sango Case Files stage, you have to complete the previous quest's storyline and missions.

How to Play Bantan Sango Case Files: The Warrior Dog

How to Use the Ubiquity Net

You can only use the Ubiquity Net's capture ability in ''Place of Interest: Hiding Spot'' challenge areas. 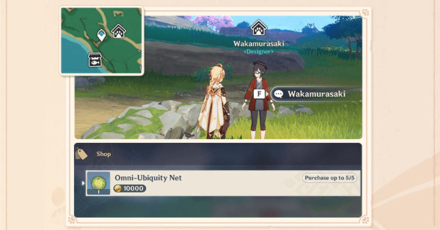 After the event wraps up, complete the ''Omni-Ubiquity Net'' world quest to unlock a permanent net gadget. You will then be able to buy the gadget from Wakamurasaki.

Use the permanent version of the event gadget to collect animal Furnishing for your Serenitea Pot!
Omni-Ubiquity Net Gadget Guide

How to Start Event Challenges 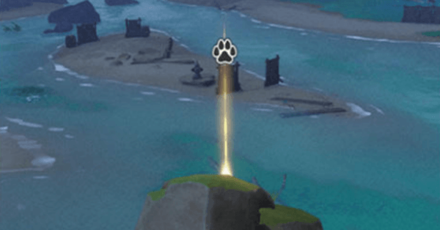 A new event challenge can only be unlocked after completing all objectives in the previous event challenge. Simply approach the glowing Trigger Point in a challenge area to begin!

Place of Interest: Hiding Spot is a stealth challenge. You have to avoid being detected by Canine Bunshin by staying out of their line of sight, which is highlighted in red.

If your cover is blown, you won't be able to rescue animals. You will have to go into hiding again before you the animals become available to rescue.

Do NOT fight the Canine Bunshin!

If a Canine Bunshin discovers you, they will attack! These Canine Bunshin have a LOT of HP and will teleport back to their initial location after being defeated. You're better off sneaking around, because the fight isn't worth it.

Will you try to fight the Canine Bunshin anyway?

Use Smoke Machines and Fireworks

Smoke Machines and Firework Mechanisms are scattered around the challenge area. You can activate these by touching or attacking them. A bow-user would be handy in these situations!

Use the Ubiquity Net on Canine Bunshin

If all else fails and a Canine Bunshin discovers you, you can hit them with the Ubiquity Net to temporarily disable them. Do your best to hide during this short period of safety! 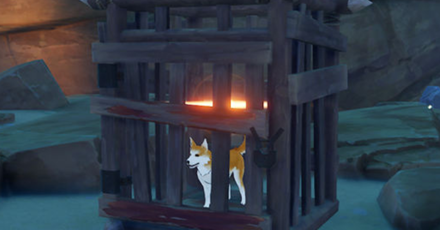 Defeat nearby enemies to open cages

Animals imprisoned in small cages can only be rescued by defeating the surrounding enemies. You can check our Tier List to see the best characters in the game:
Go to Character Tier List

How to Unlock the Canine Path Challenge 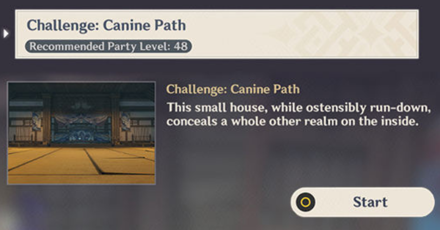 After completing all quests and investigating all places of interest, you'll unlock the Canine Path challenge. This challenge can be done in Co-Op mode with friends!

How to Play with Friends

You will need to play through the Canine Path challenge in Solo mode at least once to be able to play with friends. If a player hasn't completed the challenge on their own, they can't play the challenge in Co-Op mode.

Make some event buddies with our Co-Op boards here:

Register as a member and get all the information you want. (It's free!)
Login
Opinions about an article or post go here.
Opinions about an article or post
We at Game8 thank you for your support.
In order for us to make the best articles possible, share your corrections, opinions, and thoughts about "Bantan Sango Case Files: The Warrior Dog Event Guide" with us!
When reporting a problem, please be as specific as possible in providing details such as what conditions the problem occurred under and what kind of effects it had.