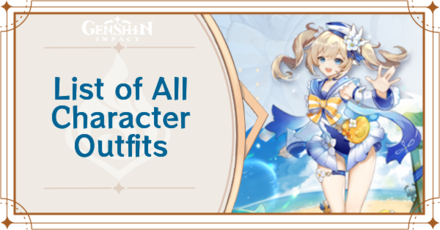 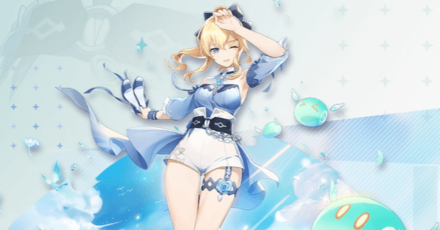 How to Get Jean's Character Skin 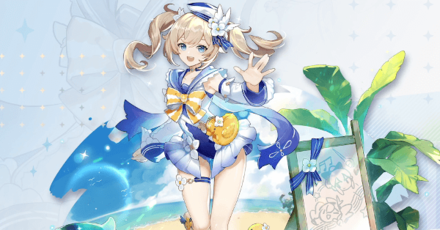 How to Get Barbara's Character Skin

Only Jean and Barbara are shown to have different skins in Genshin Impact so far. We'll update this list as more character outfits are released!

What are Character Outfits? 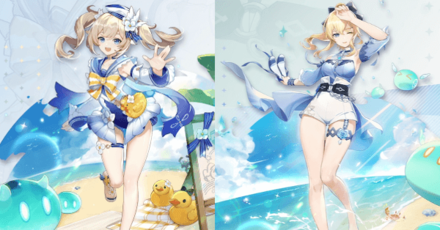 The summer-themed Character Skins was released in Version 1.6 to match the summer-themed events. Barbara's character skin is a reward from Echoing Tales, so play the event while you can!
Update 1.6 Release Date and News

Can you get an outfit for a character you don't own?

Register as a member and get all the information you want. (It's free!)
Login
Opinions about an article or post go here.
Opinions about an article or post
We at Game8 thank you for your support.
In order for us to make the best articles possible, share your corrections, opinions, and thoughts about "List of Character Outfits | All Character Skins" with us!
When reporting a problem, please be as specific as possible in providing details such as what conditions the problem occurred under and what kind of effects it had.