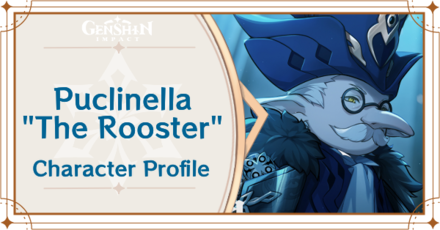 Pulcinella, also known as The Rooster, is the 5th Fatui Harbinger from Snezhnaya and an upcoming character in Genshin Impact. Learn more about Pulcinella's confirmed info, predictions, and possible release date! 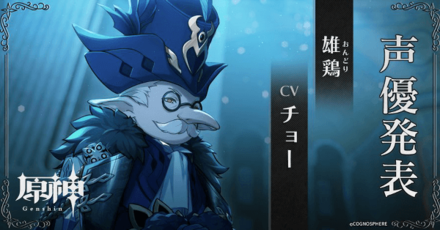 Fifth of the Harbingers 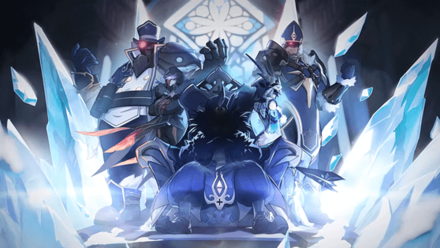 Pulcinella is 5th of the Harbingers, a group of elite soldiers and officers in the Fatui serving under the Cryo Archon, Tsaritsa.

When Ajax was young, before he became known as Childe or Tartaglia, he fell into an abyss and came back a different person. He was more bloodthirsty and craved for battle, which made his father decided to send him to the Fatui to be disciplined. Instead of being disciplined though, Tartaglia ended up defeating any of the soldiers who faced him.

His skill and prowess in battle caught the eye of Pulcinella and recruited him officially into the Fatui starting from the very of the bottom of the ranks, as his ''punishment''.

Pulcinella's second appearance in media is in the Teyvat Chapter Interlude Teaser: A Winter Night's Lazzo video on YouTube. The video contains spoilers of the Inazuma Archon Quest and previews Snezhnaya and characters that will be coming in the future!

Pulcinella was first revealed in the Teyvat Chapter Storyline Preview: Travail video on YouTube. The video contains spoilers and previews of the nations and characters that will be coming in the future. 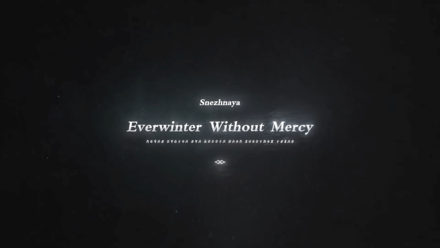 Since Snezhnaya is set to release in Version 6.0 Update or Chapter VI of Genshin Impact. It's likely that we'll see Pulcinella fully revealed by then. Whether or not he's playable is yet to be known!

All Available Lines on Pulcinella

In order for us to make the best articles possible, share your corrections, opinions, and thoughts about 「Pulcinella (The Rooster) Character Profile | Genshin Impact」 with us!