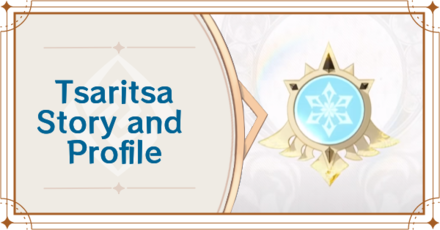 The Tsaritsa is the Cryo Archon of the Snezhnaya region and an upcoming character in Genshin Impact. Learn about the Tsaritsa's lore, story summary so far, possible release date and history in this profile!


She is a god with no love left for her people, nor do they have any left for her. Her followers only hope to be on her side when the day of her rebellion against the divine comes at last.
Source: Dainsleif, The Bough Keeper

The Tsaritsa is the current Cryo Archon of Snezhnaya, and de facto leader of the Fatui. Neither her face nor ideal is currently known, only that she is gathering the Gnosis from the other 6 Archons in rebellion against the divine.

The Tsaritsa is described by Dainselif as having lost love for her people, yet Tartaglia describes her as a gentle soul with a cold but pure gaze, and who's dreams of peace have lead her to declare war on the entire world.

Taking her quote from the Shivada Jade Gemstone, her motivations seem to be to burn away the old world, but is it truly for the sake of peace or is there more to uncover? 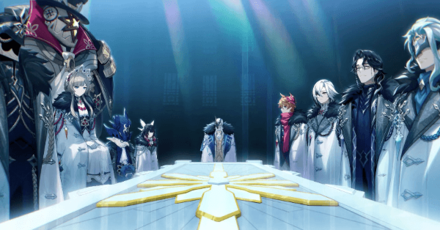 The Tsaritsa is the head of the Fatui and uses them to pressure other nations politically and financially. Though highly secretive, the Fatui have a vested interest in the Seven Archons as well as amassing enough power to challenge them. The 11 Fatui Harbingers answer directly to the Tsaritsa, and from her they receive their powerful Delusions.

All Members of the Harbingers 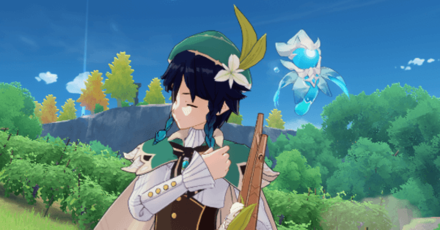 Venti, the current Anemo Archon, said he knew the Tsaritsa well, but she had cut all ties with him because of an unknown incident 500 years prior. Now Venti has no idea of her current motivations or what she plans to do with his stolen Gnosis.

The Tsaritsa offered to Zhongli, The Geo Archon and God of Contracts, something so great that he was willing to enter into his so called Contract to End all Contracts offering up his Gnosis in exchange. As Gnosis are priceless items without equal, Zhongli tasks the Traveler to discover for themselves just what the Tsaritsa offered him in exchange.

Possibly Playable in the Future

With Venti, Zhongli, and the Raiden Shogun being both Archons and playable characters, there is a possibility that The Cryo Archon herself could be playable in the future.

If The Tsaritsa does become a playable character, it would most likely not be for quite some time as the Snezhnayan chapter of the main story is quite far down the update schedule.

Character Thoughts on The Tsaritsa

Items Related to The Tsaritsa

In order for us to make the best articles possible, share your corrections, opinions, and thoughts about 「Tsaritsa Profile, Lore, and Possible Release Date | Genshin Impact」 with us!