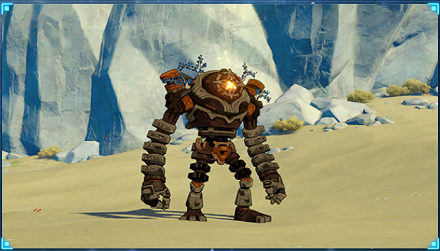 This is a guide to Ruin Guards, an enemy appearing in Genshin Impact. Read on to learn locations where you can find Ruin Guards, as well as spoils dropped when defeating them.

How to Beat Ruin Guards

Because Ruin Guards have can be stunned by hitting their weak points it is highly recommended to bring Bow users. 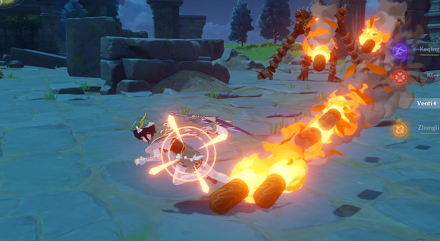 Typically, Ruin Guards will fire a salvo of missiles when you approach. These missiles will lock on to and follow the player. They can be avoided by dodging to the left or right at the last second.

If you are quick enough, a bow user can disable the missile attack by shooting the weak point on the back of the Ruin Guard.

Hit the Weak Points to Stun 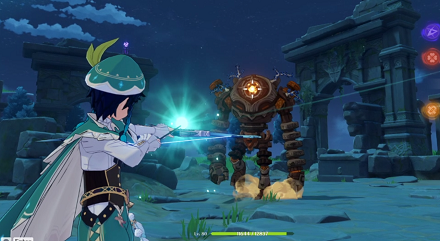 Knocking down a Ruin Guard creates a huge window to deal as much damage as possible and is the recommended way to deal with Ruin Guards if you're not great at dodging its various attacks.

When fighting in melee range Ruin Guards use either a single stomp, clap or punch attack which can be easily dodged. However, there are 2 combo attacks that can easily deal tons of damage if you aren't careful. 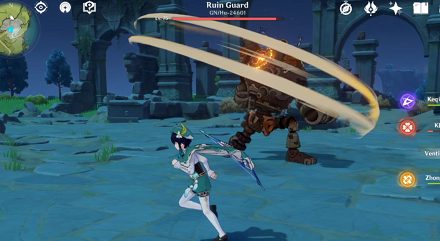 If you see the Ruin Guard begin to swing its fists left and right, it will then leap and slam down for an AoE attack. The slam deals the most damage so be sure to be out of the red AoE. This is especially important to dodge when fighting multiple Ruin Guards as it's their main gap closing ability.

Run from the Spin Attack 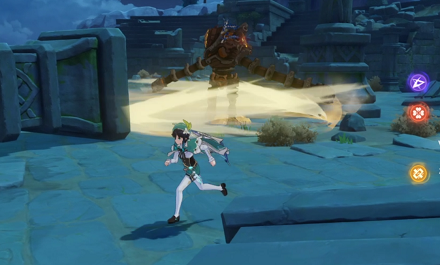 Along with the missle attack, the Ruin Guard's spin attack is one of the most important attacks to avoid. Getting hit by this attack will stun an unshielded character and can potentially stun lock them untill they're knocked out. The safest way to avoid this attack is to keep your distance by running or using a shield from a Skill or Crystalize Reaction to negate the stun.

If you're confident in your aim, or just feeling lucky, both of the Ruin Guard's weak points are exposed during the spin attack. The attack can be disabled if you're able to hit one of them as while it's spinning.

>>1 they're going to be activated after you defeat the 1st active one, BTW the active ruin guard has the shoulder PUMP rising up , and when you get close they eventually start chasing you all around the island, Level 25 but my hero level 15 new player.

in the secret island there is 4 passive guardian but once you defeat them the are going to spawn in different parts of island and will be activated , i defeated 1 and continue to kill the new one since i login again and another one spawn

Register as a member and get all the information you want. (It's free!)
Login
Opinions about an article or post go here.
Opinions about an article or post
We at Game8 thank you for your support.
In order for us to make the best articles possible, share your corrections, opinions, and thoughts about "Ruin Guard: Locations and Item Drops" with us!
When reporting a problem, please be as specific as possible in providing details such as what conditions the problem occurred under and what kind of effects it had.