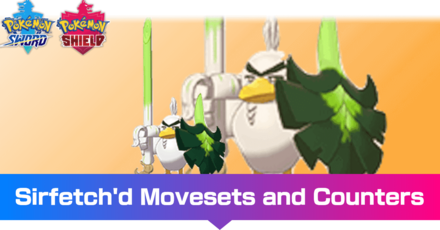 This is a strategy guide for using Sirfetch'd in competitive play for the games Pokemon Sword and Shield. Read on for tips on the best Nature, EV spreads, Movesets, and Held Items to use with Sirfetch'd, as well as its strengths and weak points. 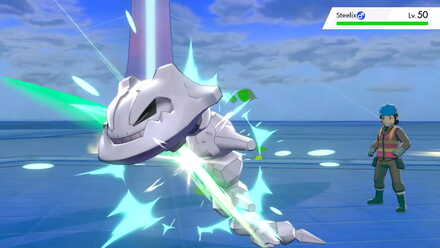 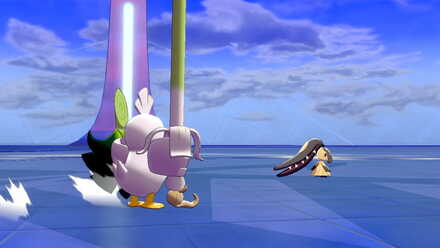 The Assault Vest moveset allows you to defeat your opponents while enduring hits from special attackers. Easily take out Hydreigon and Wash Rotom, even with their Modest nature and use of Choice Specs.

This build is balanced in a way that even if Wash Rotom has 4 EVs in speed and 252 EVs in HP, Sirfetch'd can outspeed it and hit it with Knock off and Close Combat to take it out. If Wash Rotom also has 252 EVs in defense this can still be done in two hits, but beware of Will-o-Wisp.

How to Use Sirfetch'd Effectively

Physical Attacker with the Ability to Fight Ghosts

Land Critical Hits with a Leek

The Leek is a held item unique to Sirfetch'd and Galarian Farfetch'd, giving them a 50% probability of landing a critical hit. Use it in conjuction with Leaf Blade and Night Slash to raise that probability to 100% guarantee a critical hit.

Critical hits ignore stat boosts from moves, so they'll be at full power, even against Iron Defense and Curse.

Use Fairy and Flying-types for super effective attacks.

Register as a member and get all the information you want. (It's free!)
Login
Opinions about an article or post go here.
Opinions about an article or post
We at Game8 thank you for your support.
In order for us to make the best articles possible, share your corrections, opinions, and thoughts about "Sirfetch'd - Moveset & Best Build for Ranked Battle" with us!
When reporting a problem, please be as specific as possible in providing details such as what conditions the problem occurred under and what kind of effects it had.