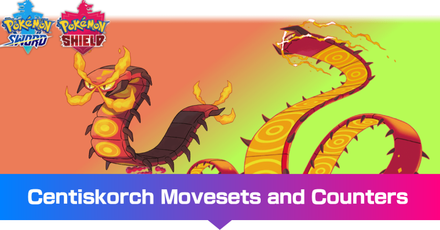 This is a strategy guide for using Centiskorch in competitive play for the games Pokemon Sword and Shield. Read on for tips on the best Nature, EV spreads, Movesets, and Held Items to use with Centiskorch, as well as its strengths and weak points. 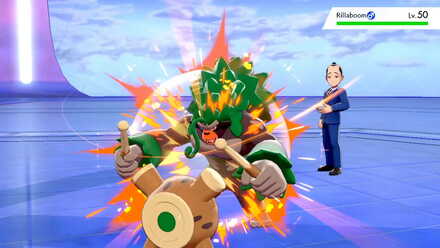 This build uses an Expert Belt to boost power when using Centiskorch's super effective moves. EVs have been adjusted to make you 4x quicker than Corviknight, while the rest are distributed to attack & defense.

Power Whip is added to allow for a variety of attack types. It's also effective against Water and Rock-type Pokemon, which are normally counters for Centiskorch. 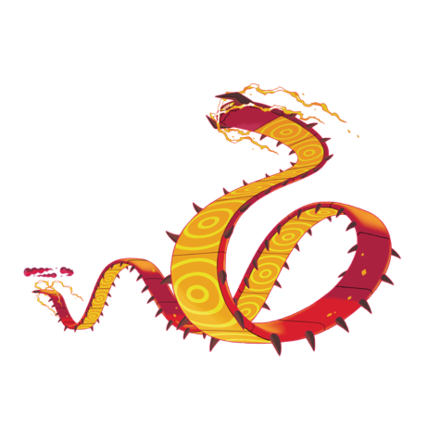 How to Get Gigantamax Centiskorch

Will-O-Wisp's purpose is to convert to Max Guard when Dynamaxed. After using G-Max Centiferno, Max Guard allows you to continue your barrage while staing protected.

G-Max Centiferno blocks your opponent from switching Pokemon, allowing you to switch to another Pokemon of your own that is more advantaged.

How to Use Centiskorch Effectively

Centiskorch's Flash Fire ability makes it immune to Fire-type attacks while strengthening its own Fire-type moves when attacked by one, making opponents think twice before attacking with Fire-type moves.

Use a Variety of Moves & Additional Effects

Centiskorch's different stat and condition effects allows it to attack advantageously with its variety of type-effective moves. For example, Fire Lash is a sure hit, and also lowers the opponent's Def, and Knock Off can render opponents' items useless.

Attack Its Weakness with Rock-type Moves

Centiskorch is 4x-weak against Rock-type moves. Even without STAB you can still defeat it with Rock Tomb.

Furthermore, Stealth Rock is very useful in cutting Centiskorch's HP in half.

Centiskorch is not very quick, so open the battle with quick Flying-types. Beware of a Dynamaxed Centiskorch, as it can use Max Airstream to boost its speed.

Register as a member and get all the information you want. (It's free!)
Login
Opinions about an article or post go here.
Opinions about an article or post
We at Game8 thank you for your support.
In order for us to make the best articles possible, share your corrections, opinions, and thoughts about "Centiskorch - Moveset & Best Build for Ranked Battle" with us!
When reporting a problem, please be as specific as possible in providing details such as what conditions the problem occurred under and what kind of effects it had.