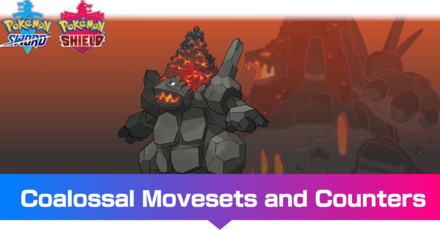 This is a strategy guide for using Coalossal in competitive play for the games Pokemon Sword and Shield. Read on for tips on the best Nature, EV spreads, Movesets, and Held Items to use with Coalossal, as well as its strengths and weak points. 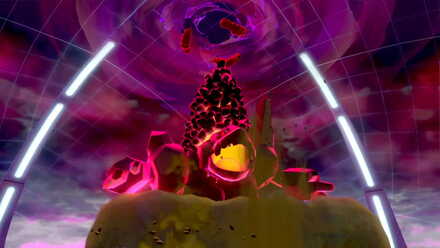 Once activated, its Steam Engine Ability will allow you to strike even before a Dragapult with maximized Speed (stat value 213). Even after you've knocked out the Pokemon you sent Coalossal in to handle, it can also get in another hit against the opponent that switches in and wear down its HP.

EVs have been placed in HP to survive a Body Press from a Corviknight after one Iron Defense, and survive a Scald from Gastrodon.

The Speed EVs allow it to outspeed a basic Physical defense build for Gastrodon with 59 Speed. This will allow it to use Max Overgrowth on a switch-in and knock out Gastrodon or Quagsire before they can attack.

Your Rock-type moves convert to Max Rockfall when Dynamaxed, increasing your Sp.Def. with a Sandstorm, allowing it to wear down its opponent with the Sandstorm damage while taking on a more defensive role. 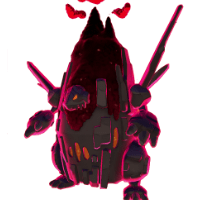 How to Get Gigantamax Coalossal

Rock-type moves are converted to G-Max Volcalith, which replaces weather effects with automatic damage to opponents at the end of every turn, for 4 turns. Though ineffective against other Rock-types, it has a heavy damage output that affects even the opponent's subsequent switch-ins and can continue to put on pressure even after it leaves the arena.

This build focuses on making Coalossal survive and take more hits, while also allowing it to have some offensive power.

Setup an entry hazard with Stealth Rock to damage any opposing Pokemon brought out in the battle. Additionally, use Will-O-Wisp to lower the Attack of any physical attackers.

When facing Flying-types such as Togekiss, use Fire Spin to hinder any attempts of the opponent switching out.

EVs are alotted to Special Defense and HP to make Coalossal tankier and be more durable against its weaknesses, especially with special attackers.

This set utilizes the combo of Meteor Beam and Power Herb to immediately attack. Additionally, being hit with a Water-type move will activate Steam Engine and boost Coalossal's Speed, making it a fantastic attacker.

Using Burn Up will make Coalossal lose it's Fire typing. This can be used to reduce the 4x weakness to Water and Ground to just 2x.

How to Use Coalossal Effectively

A Highly-durable and Highly-defensive Pokemon

Coalossal is built with high HP, Def, and Sp.Def, without sacrificing much of its attack power. Because both its Attack and Special Attack are fair, it's able to use attacks of both kinds to match the opponent you want it to handle. It can withstand attacks and counterattack with a variety of moves, depending on the opponent it's facing.

Take Advantage of Its HP and Defense

Coalossal has a total 4x-weakness against Water and Ground-type moves. However, with its high defensive stats, the HP boost from Dynamaxing serves it well, allowing it to survive attacks and activate Weakness Policy.
G-Max Volcalith is also a formidable damage-dealer when using Gigantamax Coalossal.

Being a Rock-type Pokemon, Coalossal's Special Defense is boosted by 1.5x during Sandstorm. Grassy Terrain will also reduce the power of Earthquake, which Coalossal is weak against.

Alternatively, Burn Up will make Coalossal lose its Fire typing, reducing its 4x weakness to Water and Ground-type moves to 2x. 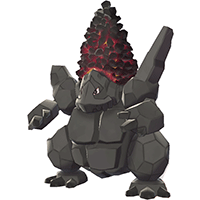 Turn Down the Heat with a 4x Type Advantage

Although Coalossal is durable, when not Dynamaxed, it can be bested by its 4x-weakness against Water and Ground-type moves. Even when it is Dynamaxed, it will usually survive with only a small amount of HP, making it usually possible to push it over the edge.

Fight with Pokemon that have the type-advantage over Coalossal, so that even if you can't KO it in one hit, you can survive its attacks and ultimately, knock it out.

Register as a member and get all the information you want. (It's free!)
Login
Opinions about an article or post go here.
Opinions about an article or post
We at Game8 thank you for your support.
In order for us to make the best articles possible, share your corrections, opinions, and thoughts about "Coalossal - Moveset & Best Build for Ranked Battle" with us!
When reporting a problem, please be as specific as possible in providing details such as what conditions the problem occurred under and what kind of effects it had.