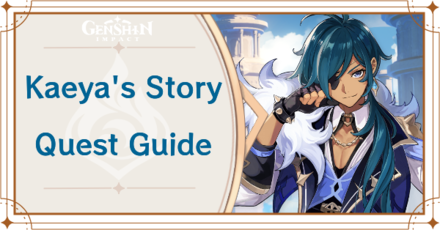 Secret Pirate Treasure is a Story Quest in Genshin Impact. Learn how to unlock this Quest and where it is found, as well as its rewards and a full walkthrough for completing the Quest.

You bump into Kaeya, whom you first met during Stormterror's attack, at the Knights of Favonius headquarters. This resourceful and crafty Cavalry Captain seems to have encountered a conundrum that he needs a little help with...

Mystery of the Arcadian Ruins

According to Kaeya, his pirate grandfather left behind a treasured sword that has been buried in the Lost Arcadian Ruins. To prevent it from falling into the wrong hands, you search high and low for intelligence regarding the ruins.

Mystery of the Arcadian Ruins Objectives

After much thinking, you finally solve the riddles contained within the intel you were given. The Lost Arcadian Ruins are now within reach!

Register as a member and get all the information you want. (It's free!)
Login
Opinions about an article or post go here.
Opinions about an article or post
We at Game8 thank you for your support.
In order for us to make the best articles possible, share your corrections, opinions, and thoughts about "Kaeya Quest Guide | Secret Pirate Treasure Story Quest Walkthrough and Rewards" with us!
When reporting a problem, please be as specific as possible in providing details such as what conditions the problem occurred under and what kind of effects it had.