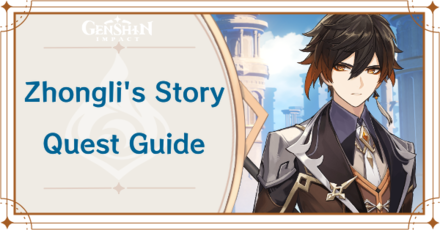 Sal Flore is a Story Quest in Genshin Impact. Learn how to unlock Zhongli's Story Quest, where it is found, as well as its rewards and a full walkthrough for completing the Quest.

You need to clear all Archon quests available in versions 1.0 and 1.1, concluding with Chapter 1, Act 3: A New Star Approaches.

You and Paimon recognize a familiar face as soon as you come aboard the Pearl Galley...

After your chance meeting with Zhongli, you learn that a Fatuus named Kliment is trying to organize an archaeological expedition. Zhongli is roped in as a consultant, along with an archaeologist named Wanyan who volunteers for the task. Though you distrust the Fatui, you join up at Zhongli's invitation. The first subject of this investigation is Osial, Overlord of the Vortex.

A Ruin Under Lock and Key

The expedition to investigate Osial in the Guyun Stone Forest came away with slim pickings. Kliment and Wanyan also clashed vociferously over their differing perspectives, which has greatly displeased the former. During the argument, he heard Wanyan mention the tale of the God of Salt, and decided to take the party there to try their luck, lest he finishes this venture empty-handed.

A Ruin Under Lock and Key Objectives

With the aid of Zhongli's knowledge, you are able to undo the seals, but before entering the ruin, he lays a condition before Wanyan and Kliment: to alternate who gets claim to each treasure encountered, with only one object permitted per claim

A Record of All Things

Within the ruins, Kliment and Wanyan each betray the contract in turn for personal reasons. As punishment, Kliment is cast out of the ruin and deprived of his reward. Wanyan is made to witness a truth that shatters her beliefs - the God of Salt was gentle but weak and was betrayed and slain as a result. Bearing witness to this incident and filled with conflicted feelings as a result, you follow Zhongli back to Guyun Stone Forest.

A Record of All Things Objectives

You will face a variety of enemies in this quest. It's best to choose a well-rounded party with different elements. Having Cryo, Pyro, Electro, and Hydro characters will make it easier to defeat any monsters you might come across.

How to Get on the Pearl Galley

If you've already finished The Oceal Pearl world quest, you can go and speak with Pinghai at the docks in Liyue Harbor to bring you to the Pearl Galley.

Freeze your way to the ship 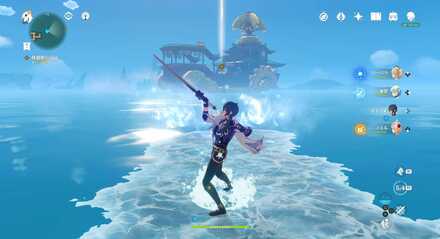 If you haven't finished The Ocean Pearl world quest yet, you will have to make your way to the ship by freezing the water with Cryo characters. Once you're close enough, you can then just climb the side of the ship to get on.

Glide to the ship 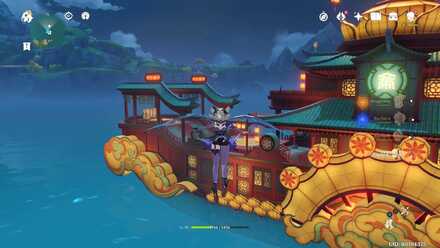 You can get onto the ship by climbing onto the hill nearest to the boat to the south. Once on top, you can glide as close as you can to the ship, either landing on it or landing in the water and climbing onto it.

To solve the second contraption puzzle, you need to use an Electro character to activate the monuments in the order stated above.

I came aboard the ferry but I can't see Zhong li anywhere, I'm ar 44 currently, pls if you can help

Register as a member and get all the information you want. (It's free!)
Login
Opinions about an article or post go here.
Opinions about an article or post
We at Game8 thank you for your support.
In order for us to make the best articles possible, share your corrections, opinions, and thoughts about "Zhongli Quest Guide | Sal Flore Quest Walkthrough and Rewards" with us!
When reporting a problem, please be as specific as possible in providing details such as what conditions the problem occurred under and what kind of effects it had.