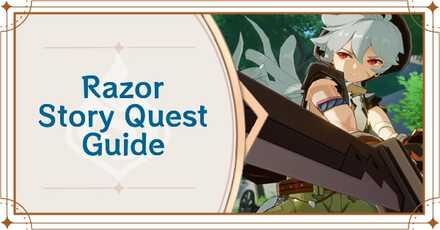 The Meaning of Lupical is a Story Quest in Genshin Impact. Learn how to unlock this Quest and where it is found, as well as its rewards and a full walkthrough for completing the Quest.

The Meaning of Lupical Basic Information

The Meaning of Lupical Walkthrough and Rewards

You and Paimon decide to pay a visit to Wolvendom, a place in Mondstadt that few people pass through, without any knowledge.of the dangers that may await you within this primordial territory.

Another Day as an Outrider!

On your last legs from being attacked by an enormous slime, you were rescued by a young man named Razor. Razor, who calls a wolf pack family, mentioned a "red one, burny girl." You have your guesses as to who that is...

Another Day as an Outrider! Objectives

It seems that the "red, burny girl" was not Amber, as you had thought. But you receive news from Amber about wolf pack attacks in Drunkard Gorge. The wolf pack, the boy, the attacks... things are getting more complicated. This calls for a thorough investigation.

You are yet again led to Wolvendom. Are these Wolfhook seeds solid evidence? Are Razor and his wolf pack really behind the attack? Or are the Wolfhooks indicative of something else?

The Meaning of Lupical Tips & Strategies

It's recommended you bring Pyro and Electro characters for your party, so you can deal with the enemies effectively.

You can find Wolfhook all over Wolvendom. If you have Klee, you can add her to your party so that nearby local specialties will be marked on your minimap.

Register as a member and get all the information you want. (It's free!)
Login
Opinions about an article or post go here.
Opinions about an article or post
We at Game8 thank you for your support.
In order for us to make the best articles possible, share your corrections, opinions, and thoughts about "Razor Quest Guide | The Meaning of Lupical Story Quest Walkthrough and Rewards" with us!
When reporting a problem, please be as specific as possible in providing details such as what conditions the problem occurred under and what kind of effects it had.