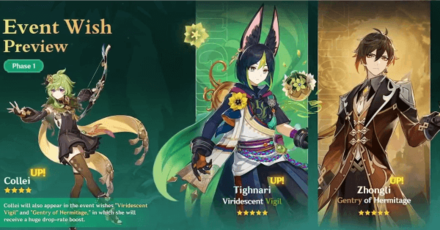 Tighnari ran alongside Zhongli's banner in the first phase, so you can choose which banner you wish to pull for the new character, Collei!

Banner Start Date for All Servers

Is Tighnari's Banner Worth It?

Yes, Tighnari's banner is worth it! Tighnari and Collei are the game's first Dendro Characters that you can get from wish banners. We're expecting Dendro to shake up the battle system, so it'll be worthwhile to test it with these characters!

Which 3.0 banner are you pulling on?

Tighnari will be added to the Wanderlust Invocation banner 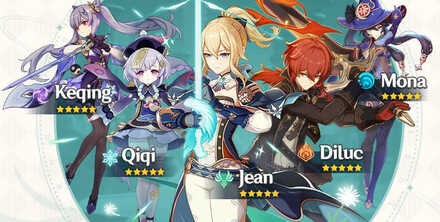 Tighnari will be added to the Wanderlust Invocation banner starting in Version 3.1. If you don't need Tighnari asap, you can choose to wait for him instead.

Do note that the pool of characters in the Wanderlust Invocation banner will become even more diluted once he enters it, making it even harder to pull for him in the future!

Tighnari to be Added in Standard Banner

The featured 4-star characters in Tighnari's 3.0 banner are Collei, Diona, and Fischl. The banner's featured characters are the same as Zhongli's banner.

The 4-Star pity rate for banners is 10 Wishes. This means that you're guaranteed a 4-Star drop if you didn't get one in the previous 9 Wishes. The pity count resets when you get a 4-Star character.

The 5-Star pity rate for Event Wish Banners is 90 Wishes. This means that you're guaranteed a 5-Star drop if you didn't get one in the previous 89 Wishes. The pity count resets when you get a 5-Star character.

Tighnari Banner Info for the 3.0 Release

In order for us to make the best articles possible, share your corrections, opinions, and thoughts about 「Tighnari Banner Release Date and 4-Star Characters | Genshin Impact」 with us!