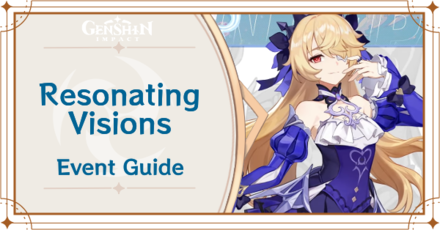 Resonating Visions is a conch collecting event where you can unlock Fischl's new skin in Genshin Impact 2.8. Find out Resonating Vision's release date, how to unlock, how to collect all 20 Phantasmal Conches in the Golden Apple Archipelago, and all the event rewards here!

Resonating Visions is a conch collecting event where you have to look for Phantasmal Conches scattered throughout the Golden Apple Archipelago. This is reminiscent of the previous Echoing Tales event, where you piece together stories from the past.

Collecting conches will earn various rewards; such as Primogems, Hero's Wit, Mora, and even the new character skin Ein Immernachtstraum for Fischl.

Resonating Visions was released on July 15, 2022 after the Version 2.8 update. This event was announced during the 2.8 Livestream!

How to Unlock Resonating Visions 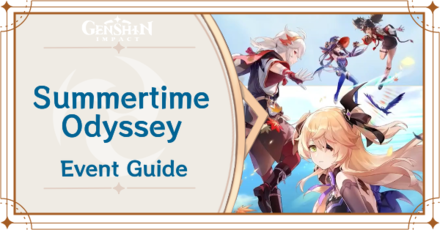 How to Play Resonating Visions

Note: Certain Phantasmal Conches will only appear after completing quests or changing the islands' appearance.

Phantasmal Conches are scattered around the islands of the Golden Apple Archipelago. During the Resonating Visions event, you have to collect all 20 conches by exploring the map or through event quests to earn rewards.

Learn About the Stories from the Conches 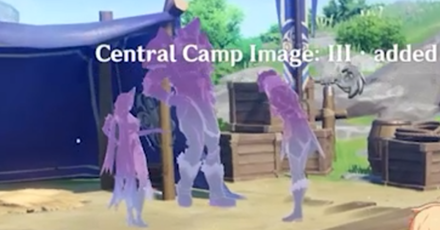 Obtaining a Phantasmal Conch will let you hear or see recorded stories of the past. There are two kinds of conches so far: the Imaging Conch and the Echoing Conch, both of which will project such an event.

Lore enthusiasts will surely enjoy the stories that will come out of these collectibles!

How to Get Fischl's New Skin 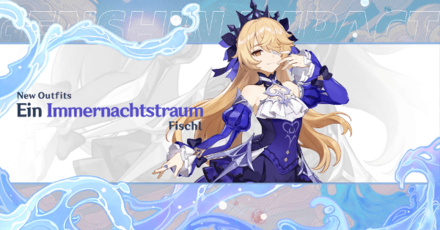 You can get Fischl's new skin, Ein Immernachtstraum, by collecting 16 Phantasmal Conches in the Golden Apple Archipelago. This is similar to getting Barbara's character outfit during the last Echoing Tales event!

In order for us to make the best articles possible, share your corrections, opinions, and thoughts about 「Resonating Visions Event Guide | How to Get Fischl's Free Skin | Genshin Impact」 with us!