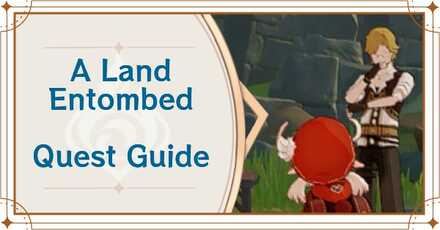 A Land Entombed is a World Quest in Genshin Impact. Learn how to unlock this Quest and where it is found, as well as its rewards and a full walkthrough for completing the Quest.

The quest will begin when you pick up one of the Ancient Investigation Journals from any of the 3 locations while exploring Dragonspine after the Version 1.2 update.

A Land Entombed Walkthrough and Rewards

You discover a strange journal in the mountains that tells of the secrets of a certain kingdom. Perhaps someone at the camp may know more about this journal... 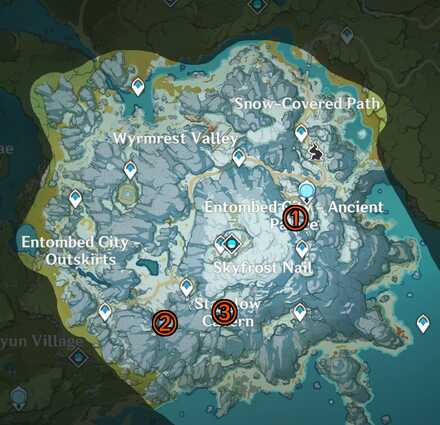 The first Ancient Investigation Journal can be found near the Statue of the Seven. Drop down the big hole in the middle and follow the path into a room, the journal should be in a chest in the corner to your left.

For the second Ancient Investigation Journal, you will have to solve 2 Seelie puzzles and defeat a Ruin Grader to get it.

Approach the Seelie on the left and once it starts moving, sprint towards the other side through the ice to get the second Seelie moving.

Approach the Seelie nearest the Ruin Grader and walk towards the second and third one to get them moving.

Once you solve the second Seelie puzzle, the Ruin Grader will activate. Defeat it and it will open the gate to the rewards. 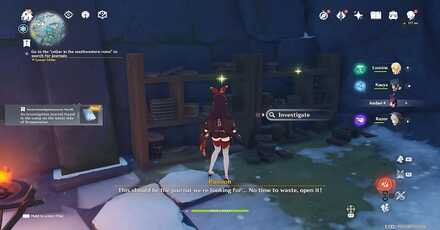 The third Ancient Investigation Journal can be found on a shelf in a room hidden inside the Starglow Cavern.

Thaw the ice blocking the way 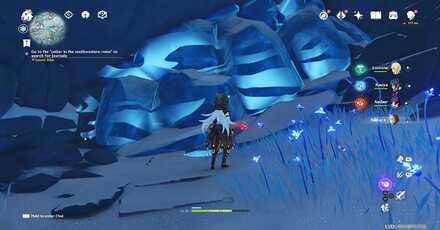 To get to the third journal, you will need to use a Crimson Quartz to thaw the ice blocking your way.

Register as a member and get all the information you want. (It's free!)
Login
Opinions about an article or post go here.
Opinions about an article or post
We at Game8 thank you for your support.
In order for us to make the best articles possible, share your corrections, opinions, and thoughts about "A Land Entombed World Quest Walkthrough and Rewards" with us!
When reporting a problem, please be as specific as possible in providing details such as what conditions the problem occurred under and what kind of effects it had.