Zhongli Banner and Gacha Rates | Should you pull the Gentry of Hermitage Wish? | Genshin Impact

Here you can see if you should pull the Gentry of Hermitage Wish in Genshin Impact or not and try your luck in our Gacha simulator. You can also see all character and weapon drops, as well as drop rates!

Should You Pull the Gentry of Hermitage Wish?

Worth pulling if you lack good attackers

Zhongli is the newest character added to the game and is the second character that can be equipped with a polearm. His elemental skill can be used to deal continous Geo damage while his elemental burst can deal a lot of damage to a wide range of enemies while also petrifying them.

Using the Vortex Vanquisher from the Epitome Invocation wish banner will make him an even stonger character.

Rate up for strong 4-star characters 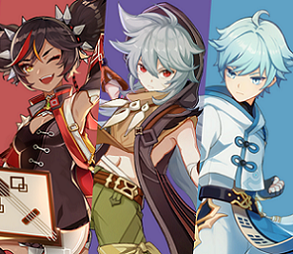 Other than Zhongli, this banner also has rate up for some stong claymore users: Razor, Chongyun, and the new addition, Xinyan.

Razor in particular is highly rated and is a good attacker among 4-star characters, so its a good idea to pull him to upgrade his constellations.

Best Characters to Pull from Gentry of Hermitage

Register as a member and get all the information you want. (It's free!)
Login
Opinions about an article or post go here.
Opinions about an article or post
We at Game8 thank you for your support.
In order for us to make the best articles possible, share your corrections, opinions, and thoughts about "Zhongli Banner and Gacha Rates | Should you pull the Gentry of Hermitage Wish?" with us!
When reporting a problem, please be as specific as possible in providing details such as what conditions the problem occurred under and what kind of effects it had.