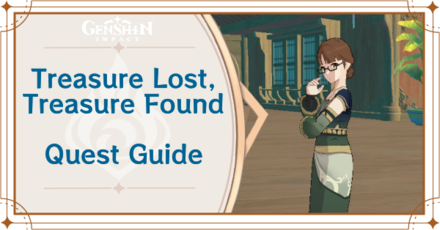 Treasure Lost, Treasure Found is a World Quest in Genshin Impact. Learn how to unlock this Quest and where it is found, the location of all Stone Tablets and Strange Jade Plates, how to enter the final ruin, as well as its rewards and a full walkthrough for completing the Quest. 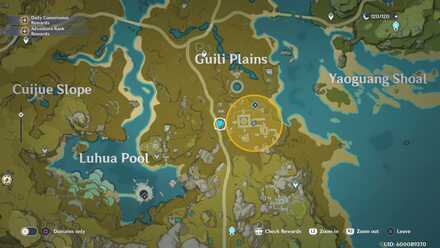 Speak with Soraya outside of Guili Assembly in Guili Plains.

What secret does this set of archaic admonishments hold?

According to Soraya's deductions, the ruins that contain the four commandment passages may be the key to deciphering Guizhong's Four Commandments and obtaining the treasure. 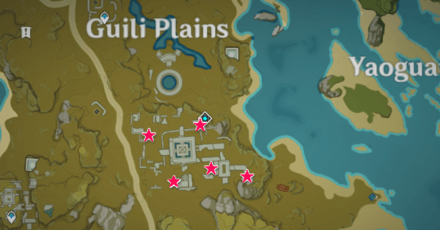 The above image points out the location of all five Stone Tablets in Guili Assembly. 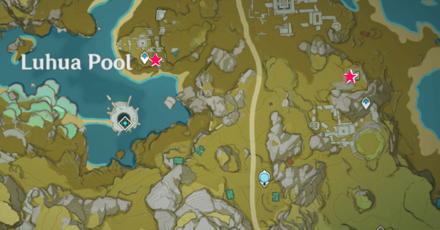 The above image points out the location of the two other Stone Tablets. You can find one in Luhua Pool and one below the Guili Assembly. 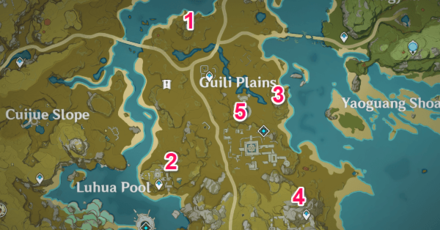 The above image points out the location of all 4 Jade Plates as well as the final set of ruins.

Use the Pool nearby to cause Hydro Reactions 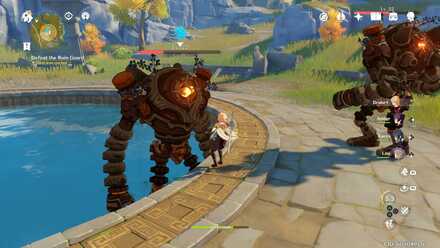 During the fight, the Ruin Hunters may walk themselves into the pool of water and become trapped there. Take advantage of this by landing some Elemental Reactions for extra damage output. Frozen or Electro-Charged are quite useful. 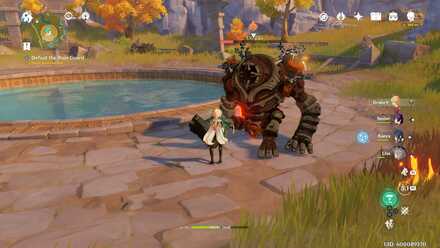 Just like all Ruin Hunter fights, landing a charged shot with a Bow in their front or back weak point will down them for a decent amount of time to lay down the hurt. Hitting them with Frozen can extend this as well.

Register as a member and get all the information you want. (It's free!)
Login
Opinions about an article or post go here.
Opinions about an article or post
We at Game8 thank you for your support.
In order for us to make the best articles possible, share your corrections, opinions, and thoughts about "Treasure Lost, Treasure Found World Quest Walkthrough and Rewards | Strange Jade Plate Locations" with us!
When reporting a problem, please be as specific as possible in providing details such as what conditions the problem occurred under and what kind of effects it had.