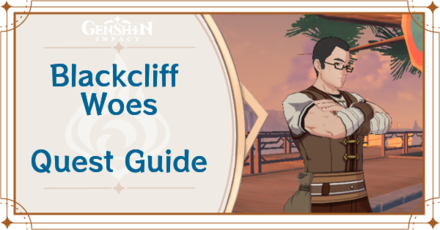 Blackcliff Woes is a World Quest in Genshin Impact. Learn how to unlock this Quest and where it is found, as well as its rewards and a full walkthrough for completing the Quest. 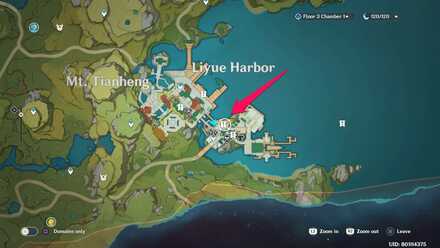 The Chasm remains closed by order of the Ministry of Civil Affairs, which has put the Blackcliff Forge out of action since. Manager Kuan is troubled over this matter...

Destroy the Rock Shields with Geo or Claymores

You will have to fight Hilichurls with stone shields. Unlike the wooden shields, Pyro will not be effective. You will need to use Geo or Claymore attacks to deal the most amount of damage to the rock shields.

Register as a member and get all the information you want. (It's free!)
Login
Opinions about an article or post go here.
Opinions about an article or post
We at Game8 thank you for your support.
In order for us to make the best articles possible, share your corrections, opinions, and thoughts about "Blackcliff Woes World Quest Walkthrough and Rewards" with us!
When reporting a problem, please be as specific as possible in providing details such as what conditions the problem occurred under and what kind of effects it had.