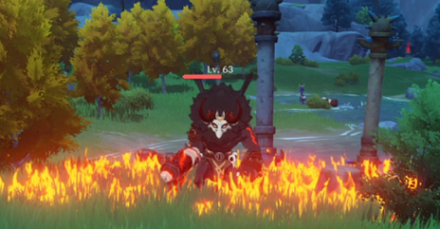 How to Beat Blaxing Axe Mitachurls

Be Careful of Grassy Areas 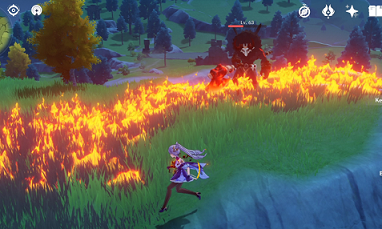 Blazing Axe Mitachurls spread Pyro when swinging their axe and will ignite any grass in a wide area. Environmental damage scales with World Level, so be cautions of standing in fire when fighting in melee range. 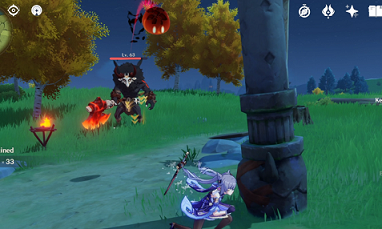 Blazing Axe Mitachurls don't always charge after you. Occasionally they'll dig up a Pyro Slime and toss it like a bomb. Be sure to clear the area as the blast radius of the slime is not telegraphed.

Run From the Spinning Pyro Axe 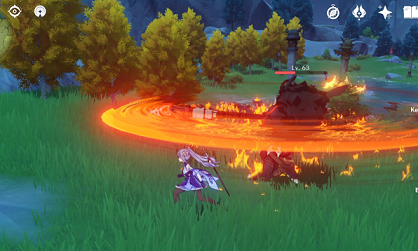 Blazing Axe Mitachurls will spin rapidly with their pyro axe while closing in. This attack also ignites grass as they approach and deals high damage. Conserve your stamina in order to sprint away from this attack. 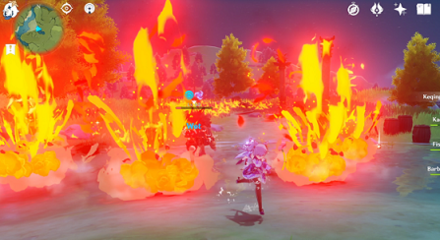 Register as a member and get all the information you want. (It's free!)
Login
Opinions about an article or post go here.
Opinions about an article or post
We at Game8 thank you for your support.
In order for us to make the best articles possible, share your corrections, opinions, and thoughts about "Blazing Axe Mitachurl: Locations and Item Drops" with us!
When reporting a problem, please be as specific as possible in providing details such as what conditions the problem occurred under and what kind of effects it had.