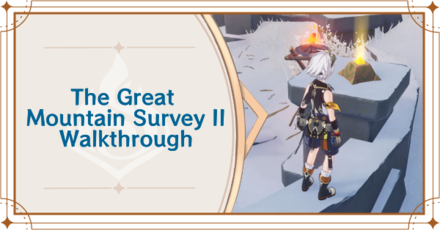 The Great Mountain Survey II is a World Quest in Genshin Impact. Learn how to unlock this Quest and where it is found, as well as its rewards and a full walkthrough for completing the Quest.

Though the beacons have all been placed, Esther remains unable to measure Dragonspine’s true height, seemingly due to having insufficient beacons. To resolve the issue, she is looking for someone who can help her plant a beacon directly at the mountain’s summit… 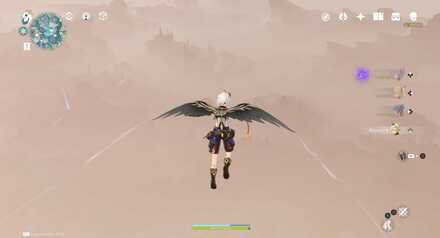 Once you have reached the highest point in Dragonspine, you can choose to glide all the way down to Esther instead of using a waypoint.

You can also use this area to complete Gliding Achievements like Golden Gliding License and It's the Same As Having Wings, both of which require you to glide for a long period of time.

Register as a member and get all the information you want. (It's free!)
Login
Opinions about an article or post go here.
Opinions about an article or post
We at Game8 thank you for your support.
In order for us to make the best articles possible, share your corrections, opinions, and thoughts about "The Great Mountain Survey II World Quest Walkthrough and Rewards" with us!
When reporting a problem, please be as specific as possible in providing details such as what conditions the problem occurred under and what kind of effects it had.