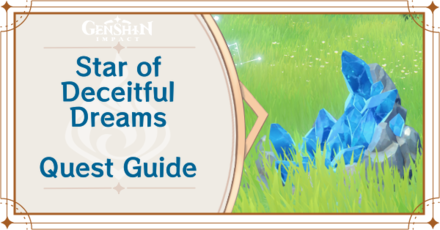 The Siege of Qingce is a World Quest in Genshin Impact. Learn how to unlock this Quest and where it is found, as well as its rewards and a full walkthrough for completing the Quest.

The Siege of Qingce Basic Information

This quest is found in the Unreconciled Star Event which has a requirement of Adventure Rank 20, and is unlocked after completing The Crisis Deepens Story Quest.

The Siege of Qingce Walkthrough and Rewards

The Millelith soldier Jinglun is fretting about how to defeat the monsters around Qingce Village...

The Siege of Qingce Objectives

The Siege of Qingce Tips & Strategies

Use Pyro to burn the obstacles easily

Use Pyro skills to burn and destroy the obstacles faster.

Use Elemental Reactions to defeat the Stonehide Lawachurl

While fighting the Stonehide Lawachurl, use different elements to trigger a reaction and go through its shield.

Register as a member and get all the information you want. (It's free!)
Login
Opinions about an article or post go here.
Opinions about an article or post
We at Game8 thank you for your support.
In order for us to make the best articles possible, share your corrections, opinions, and thoughts about "The Siege of Qingce World Quest Walkthrough and Rewards | Meteoric Wave Quest" with us!
When reporting a problem, please be as specific as possible in providing details such as what conditions the problem occurred under and what kind of effects it had.