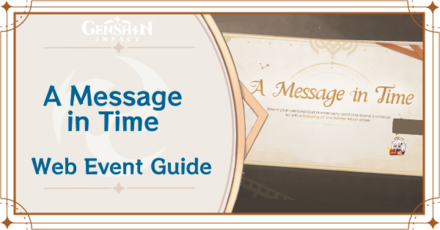 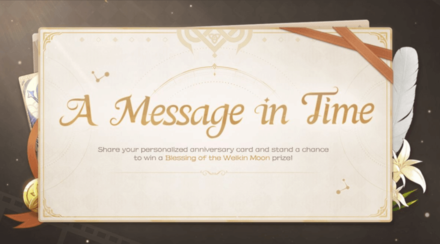 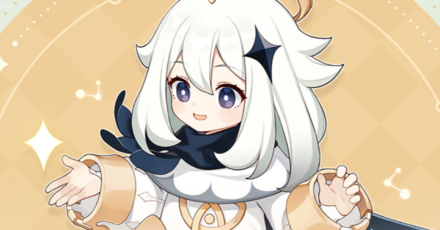 This event is a Community Event in Genshin Impact's one-year anniversary celebration. Like the other community events, you'll get a chance to win Primogems by participating!
View One Year Anniversary Events

How to Participate in the Web Event 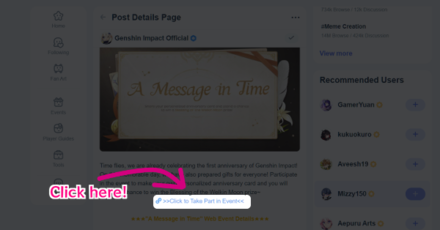 All players can access the event by clicking the link on the event page!
View A Message in Time Event Page

How to Create Anniversary Cards

A Message in Time Bonuses

When you take part in this event, you will get double rewards in the daily check-in!

Rewards to be sent on October 9

The extra rewards won't be sent in real time like the check-in, but all at once on October 9! 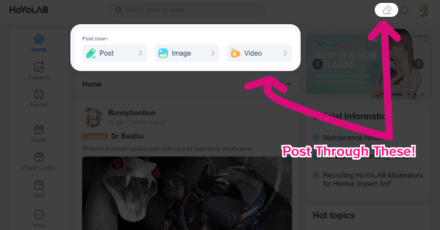 When you post your anniversary card on HoYoLAB's Game Discussion or in the Daily Sharing categories, you get a chance to win physical prizes. Winners will be announced on October 13! 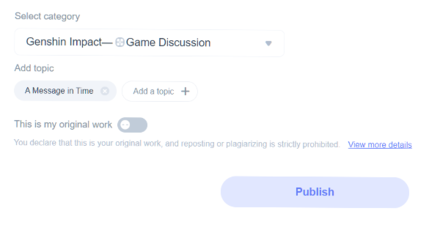 Remember to select the Genshin Impact category then either the Game Discussion or Daily Sharing sub-category, so you can select the ''A Message in Time'' topic when you post!

A Message in Time Event Rewards

All A Message in Time Rewards

How to Claim Rewards

The Blessing of the Welkin Moon, Mora, and the double rewards will be sent in the in-game mail. For the merchandise, watch out for a system message where winners need to provide their shipping address, if not, their prize is forfeited.

The Promise of a Worldly Encounter

Post (0 Comments)
Opinions about an article or post go here.
Opinions about an article or post
We at Game8 thank you for your support.
In order for us to make the best articles possible, share your corrections, opinions, and thoughts about "''A Message in Time'' Web Event Guide | Anniversary Card Raffle Event" with us!
When reporting a problem, please be as specific as possible in providing details such as what conditions the problem occurred under and what kind of effects it had.