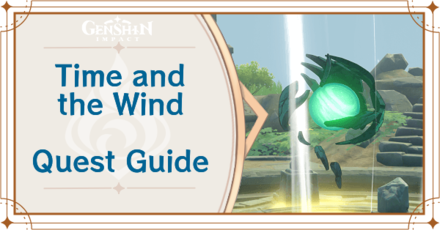 Time and the Wind is a World Quest in Genshin Impact. Learn how to unlock Time and the Wind, the Nameless Island location, and the quest walkthrough and rewards in this guide!

Time and the Wind Basic Information

How to Unlock Time and the Wind 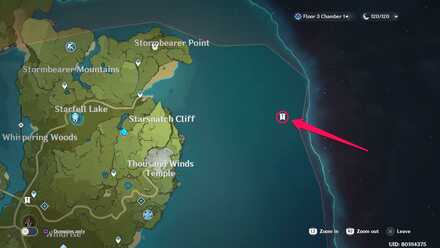 All you need to do to unlock this Quest is to reach the unnamed island to the far to the east of the very first Teleport Waypoint.

While you can unlock this quest early on by going to the island, the monsters you face will be level 35 and above, so we recommend waiting until your characters are around the same level. It takes a while to get there, so you want to make sure it's a one-time trip!

How to get to the Nameless Island

Use Cryo characters to freeze water

To get to the island, you'll need to freeze the water with a Cryo skill. Teleport to the first waypoint you encountered in Starfell Valley to begin.

Venti and Amber's passive skills both reduce stamina consumption while gliding. The flight to the Nameless Island is a long one, so you will need all the help you can get!

Use Food to Gain Stamina

Some dishes reduce gliding stamina reduction or restore a certain amount of stamina when eaten! Take a look at our guide below to see which stamina dishes are the best:

Time and the Wind Walkthrough and Rewards

Time and the Wind

You reach an uninhabited island across the sea, which home to an enigmatic sundial. Who knows what secret it holds?

Time and the Wind Objectives

Time and the Wind Tips & Strategies

Uncover the Secret of the Uninhabited Island

In order to progress the quest, you will need to find a Ragged Notebook by the campsite south of the island. You can find it under a rock that you can break.

Switch over to a claymore user to break the rock quickly.

This quest pits you against a Ruin Guard, and the Restless Elemental boss, the Eye of the Storm, two times. The first time the boss is level 35 and the second time it's level 40, despite the fights only being moments apart, so you will want your characters to be around the same level.

If you challenge him too early and retreat back to Mondstadt, you'll have to freeze your way back to the island again. Save yourself the unnecessary trip and only go to the island once your characters are strong enough!

Other than the Eye of the Storm, there aren't any other enemies on the island, save for a single Ruin Guard on the south side of the beach. The rest of the Ruin Guards won't move or attack you, even if you hit them.

How to Defeat Ruin Guard 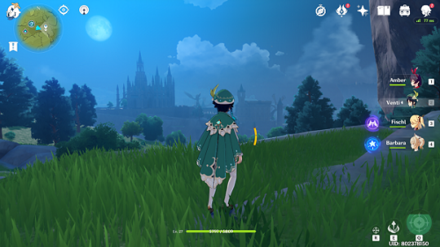 When fighting against the Restless Eye of the Storm, it will sometimes perform a powerful attack where it moves in a straight line dealing damage to anyone close by. This is easy to dodge, but you need to have the stamina for it. 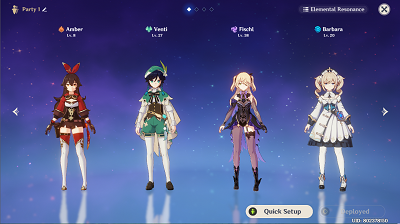 Since most of his attacks are melee, you can easily deal with this boss by using a long-ranged character like Fischl or Amber to defeat the boss without having to get close. 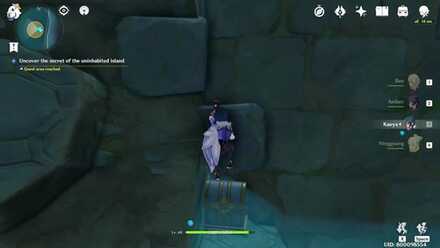 While on the island, don't forget to open the treasure chests ad collect the Anemoculus to save you the trouble of going back to the island.

The anemoculus can be found at above the stone arches where you found one of the Clusters of Wind, on the eastern side of the island. Float down from one of the pillars by the Sundial and grab it!

Register as a member and get all the information you want. (It's free!)
Login
Opinions about an article or post go here.
Opinions about an article or post
We at Game8 thank you for your support.
In order for us to make the best articles possible, share your corrections, opinions, and thoughts about "Time and the Wind World Quest Walkthrough and Rewards | How to Get to the Secret Island" with us!
When reporting a problem, please be as specific as possible in providing details such as what conditions the problem occurred under and what kind of effects it had.