Eye of the Storm Locations and Drops | Genshin Impact 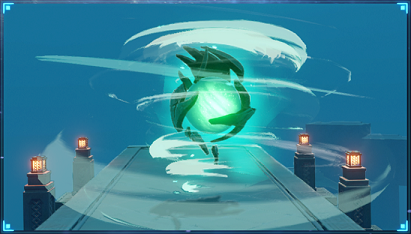 This is a guide to Eye of the Storm, an enemy appearing in Genshin Impact. Read on to learn locations where you can find Eye of the Stormss, as well as spoils dropped when defeating them.

Eye of the Storm Locations and Basic Info

How to Beat Eye of the Storm

Because Eye of the Storms tend to hover out of reach of melee characters, it is highly recommened to use a Catalyst or Bow user when fighting. Catalyst and Bow Normal Attacks will auto lock on to the Eye of the Storm's core if you are close enough so be sure not to stray too far.

Run From the Drop Attack 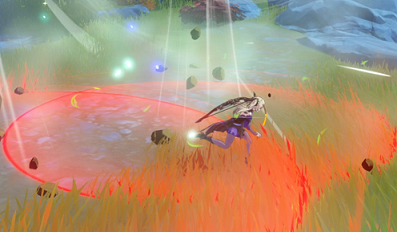 When you first encounter an Eye of the Storm and through out the fight it will create a wind vortext to pull you in before crashing down. Its best to keep your distance or sprint away once you see the red AoE telegraph. After its crashes you'll be able to strke at its core. 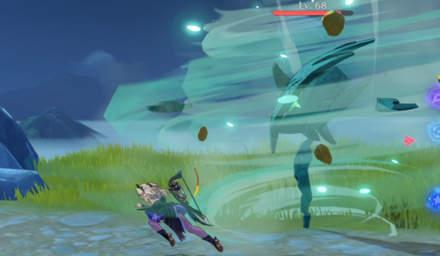 When the Eye of the Storm decends and covers its core there will be a short delay before it generates a tornado and charges. This attack can be dodged by sprinting out of the path.

Ride Drafts During the Giant Vortex 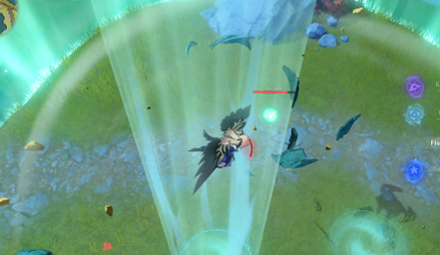 The Eye of the Storm will channel Anemo energy before locking down the area in with a wall of Anemo. You will take damage over time unless you ride the upward drafts that spawn within the vortex. However. during this attack the Eye of the Storm's core is exposed and will cancel the attack if hit during the the duration.

Items Dropped By Eye of the Storm

Eye of the Storm Item Drops

They only drop 500 mora. At least we could get some 3* and 4* star artifacts from them tho

They drop around 500 gold, which is a lot higher than normal mobs dropping 50 gold

Register as a member and get all the information you want. (It's free!)
Login
Opinions about an article or post go here.
Opinions about an article or post
We at Game8 thank you for your support.
In order for us to make the best articles possible, share your corrections, opinions, and thoughts about "Eye of the Storm Locations and Drops" with us!
When reporting a problem, please be as specific as possible in providing details such as what conditions the problem occurred under and what kind of effects it had.