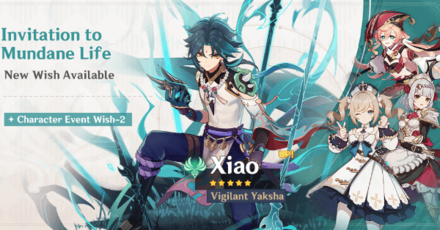 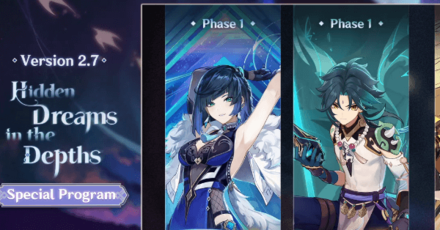 Which 2.7 Banner Are You Pulling On?

Roll the Dice for Yelan! 1270
Votes
Prepare Almond Tofu for Xiao! 1068
Votes
Hangout with Itto and Shinobu! 1473
Votes
Waiting for other characters! 844
Votes

Banner End Date for All Servers

Is Xiao's Banner Worth It?

Should You Pull on the Invitation to Mundane Life?

Xiao is a strong Anemo Polearm Main DPS who can consistently deal massive AoE damage with his Anemo-infused Plunging Attacks. Addtionally, he's great for exploration as he reduces stamina consumption when climbing.

The Invitation to Mundane Life Wish banner includes all standard 5-star and 4-star characters. You cannot get any 5-star event characters from Xiao's banner other than Xiao.

There is a 50% chance to pull the featured 5-star character on your first 5-star pull. If you get a different 5-star on the Discerner of Enigmas banner during this dual banner event, you can come back to this banner and get a guaranteed copy of Xiao!

Past Xiao Banners and Reruns

In order for us to make the best articles possible, share your corrections, opinions, and thoughts about 「Xiao Banner Rerun Release Date and 4-Star Characters | Genshin Impact」 with us!