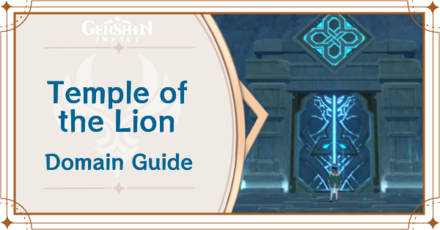 How to Unlock Temple of the Lion

Temple of the Lion Location

Can you Co-Op the Temple of the Lion?

This version of the Temple of the Lion domain is only part of the Prologue: Act 1 quest, The Outlander Who Caught the Wind.

Temple of the Lion - Elemental Trials

The Elemental Trials in the Temple of the Lion are a great way to familiarize new players with the various Elemental Reactions that can happen in the game. Completing an Elemental Trial for the first time also gives various rewards!

Temple of the Lion Enemies

Tips for Clearing the Domain 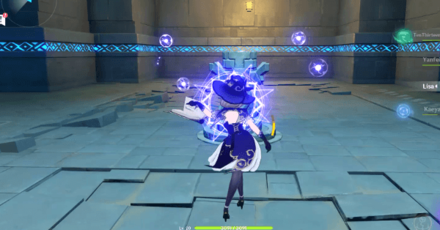 An Electro Character is needed in order to activate the Electro Monument inside and start the challenge, so don't forget to have one in your party!

For the first half of the Investigate: Secret Hideout domain, you have to defeat a total of 20 opponents, which will be a mix of Hydro Slimes, Cryo Slimes, a Large Hydro Slime and a Large Cryo Slime. 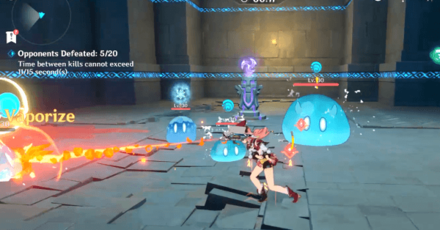 You have to defeat at least 1 opponent every 15 seconds or you will fail the first challenge, so we recommend using Pyro Characters as your main attacker to trigger more damage with Melt and Vaporize Reactions!

Defeat 7 Enemies Without Getting Frozen 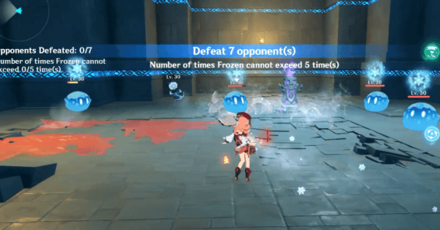 The second half of the Investigate: Secret Hideout domain requires you to defeat 7 opponents in total, consisting of 4 Cryo Slimes, 2 Cryo Hilichurl Shooters and 1 Hydro Abyss Mage.

You must also keep from getting Frozen more than 5 times or you will fail the challenge, so we recommend using ranged characters to keep your distance! 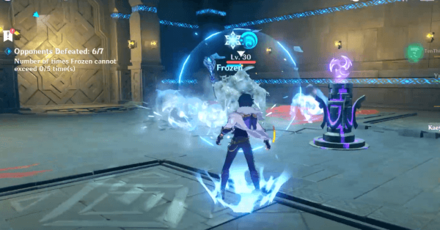 Defeat the Cryo enemies quickly with your Pyro DPS so you can switch to a Cryo Character as a Sub-DPS against the Hydro Abyss Mage!

You can use Xiangling as main DPS to trigger Melt and Vaporize Reactions, while Kaeya is perfect against the Hydro Abyss Mage in the second half of the challenge. Noelle also provides strong heals and shields as long as she's leveled up.

Best Elements to Use

Best Characters to Use

Best Characters in the Game

Temple of the Lion Domain Rewards

The Temple of the Lion Domain will only give you rewards once, after clearing the Domain for the first time. You can challenge the Domain again at any time, but it won't give you anymore rewards.

Post (0 Comments)
Opinions about an article or post go here.
Opinions about an article or post
We at Game8 thank you for your support.
In order for us to make the best articles possible, share your corrections, opinions, and thoughts about "How to Unlock Temple of the Lion | Secret Hideout Walkthrough" with us!
When reporting a problem, please be as specific as possible in providing details such as what conditions the problem occurred under and what kind of effects it had.